Realme 9i 5G Renders Leaked Ahead of Indian Launch 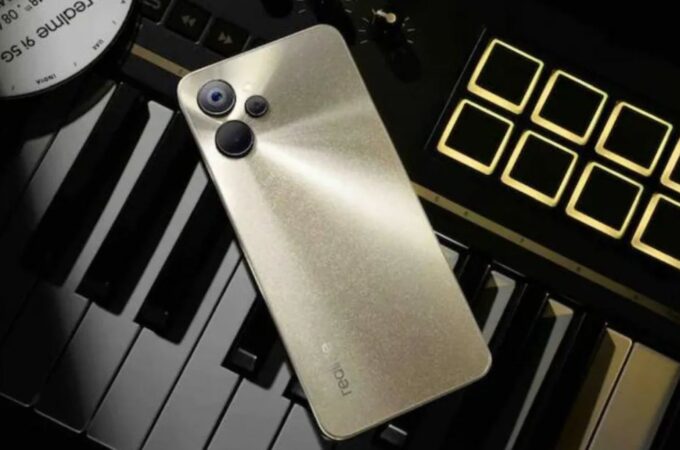 Realme has been doing fine in Europe, with a triple digit growth over the past year, but somehow India is the market where it’s most active. They’re preparing to launch a smartphone called Realme 9i 5G there and we have freshly leaked renders and specs for it. The device will arrive on August 18th.

Sporting a new camera design, one that doesn’t involve a module, this device will be more of an entry level affair, or a midrange one at best. The cameras sans camera module are something that Samsung has been doing on some Galaxy A models and also the Galaxy S22 Ultra. Otherwise, we see the phone in sparkly silver and gold and we learn some of its specs. They include a 6.6 inch Full HD+ 90 Hz IPS LCD display, with 180 Hz touch sampling.

There’s also a MediaTek Dimensity 810 processor inside, plus 4 GB of RAM and 64 GB of storage. There’s also 6 GB of RAM and 128 GB of storage, plus a microSD card slot. The RAM can be expanded via virtual RAM with up to 5 GB extra via the Dynamic RAM Expansion feature. Camera-wise, the Realme 9i 5G packs a 50 megapixel main camera, a 2 MP Bokeh sensor and a third shooter for Macros. Selfie-wise, we get an 8 MP cam inside a teardrop notch.

About Kelvin
Passionate about design, especially smartphones, gadgets and tablets. Blogging on this site since 2008 and discovering prototypes and trends before bigshot companies sometimes
iPhone 14 Pro Rendered With iOS 16 on Screen, Gets New Release Date   Sony Cyber-Shot is Back in 2023 With a 200 Megapixel Camera