Induction charging is not the most interesting feature of this concept Apple keyboard, but rather the right side segment that can easily incorporate an iPhone or iPod Touch. We’ve seen a notebook concept with a similar feature and things seemed pretty serious, but the product remained just a good idea, nothing more. 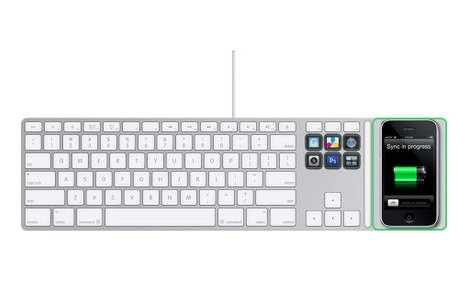 The keyboard also features programmable OLED keys and the designer prices his invention at $79.99, close to nothing, if you already own an iPhone, iPod Touch and a MacBook Pro.