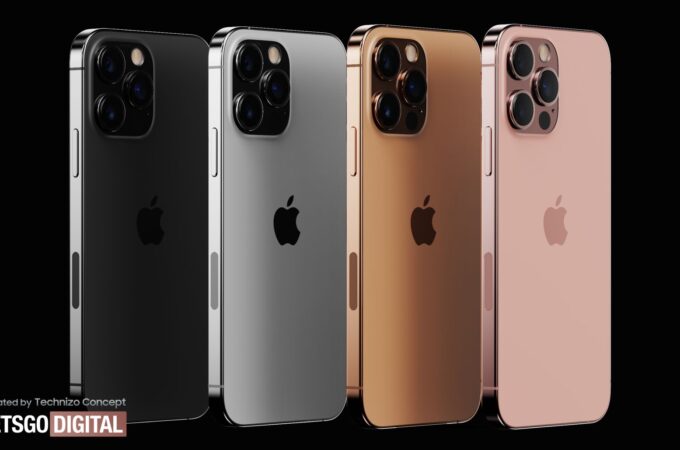 With everyone talking about the iPhone 13, it’s hard to imagine that Apple would take a step back this year and release a… safe product. An “S” version would make sense, as we prepare for the big port-less and notch-less iPhone. That’s why the iPhone 12s Pro makes a lot of sense.

The device has been rendered by Technizo Concept and also also been publicized by the blog Letsgodigital. The iPhone 12s Pro will have a smaller screen than the iPhone 12s Pro Max, but in terms of camera, the two will be pretty close, if not equal. The Sensor Shift tech should make the jump to the smaller model as well for example. We have new colors here, Sunset Gold and Rose Gold, which seem to cater more to the feminine public.

Not much has changed with the overall format: we still have flat edges, a similar camera design at the back and also the Lightning port is intact. The notch doesn’t seem smaller, even though many expect a narrower notch. The handset has a 6.1 inch ProMotion screen, an OLED one probably with 120 Hz refresh rate this time. A Touch ID sensor is said to make a return, integrated under the screen.

It’s weird to have the 3D Face unlock, which works fine doubled by this, but it makes sense as people wear masks and want a more reliable unlock method. Yes, there’s the Apple Watch unlock, but how many people have one? We’re also supposed to get an improved Night Mode, which was much needed, since Samsung and Huawei are way ahead of Apple in this field. An ultrawide camera upgrade may also happen. Optical zoom will be at least 2.5X this time around.

The Apple A15 stays at 5 nm for one more year. Charging should also be faster, both wired and wireless, apparently. Don’t forget to also watch the video of the concept below.

About Kelvin
Passionate about design, especially smartphones, gadgets and tablets. Blogging on this site since 2008 and discovering prototypes and trends before bigshot companies sometimes
6 Tips on Absorbing New Material Faster   8 Apps That Will Make Getting a Tech Major Easier