First iPhone 5 Concept After the Launch of iPhone 4S Appears

Finally, my wish came true! We have a new iPhone 5 concept straight after the iPhone 4S launch… Created by Antonio de Rosa, this model comes with a capacitive home button, aluminum unibody case, a 4.3 inch screen and a dual core Apple A6 processor. 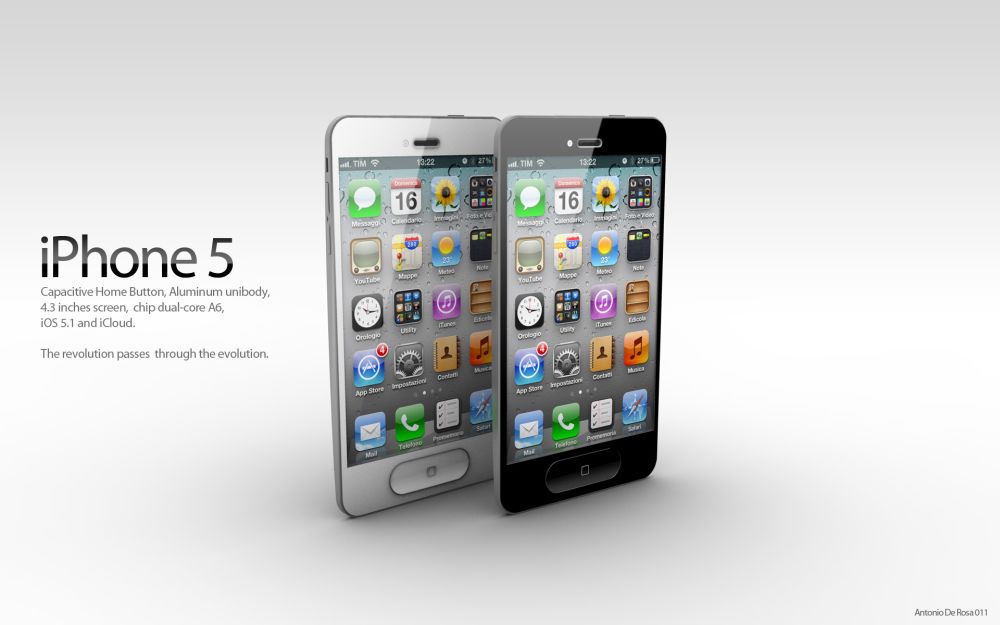 It’s also got iOS 5.1 and iCloud, while its body looks more compact than ever, so it may have a thickness lower than 8.5mm (Galaxy S II thickness). The elongated capacitive Home button is something that people have been talking about for a while now, so it would be a pity not to capitalize on that innovation.

This week I’ve heard that Apple finally decided to go with Samsung as its next CPU maker, although TSMC seemed like the favourite for making the A6 for a while… Also, inside sources are saying that the same case size of the iPhone 4S will be kept, but the screen will be made bigger, so maybe we’re talking edge to edge display here. These are all usual rumors, that we’ll be hearing for a year now, till the iPhone 5 gets released… 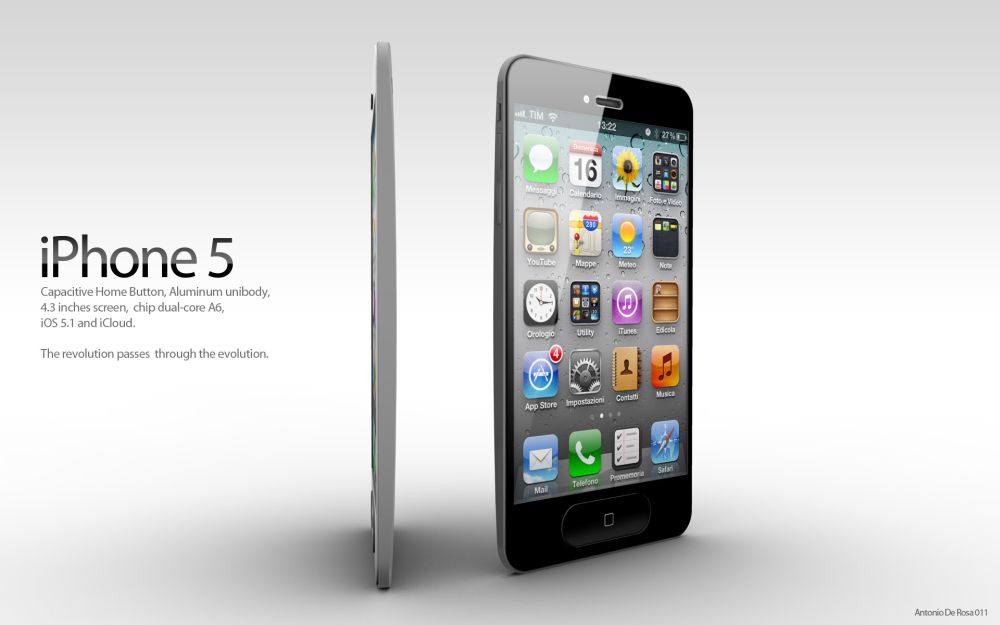 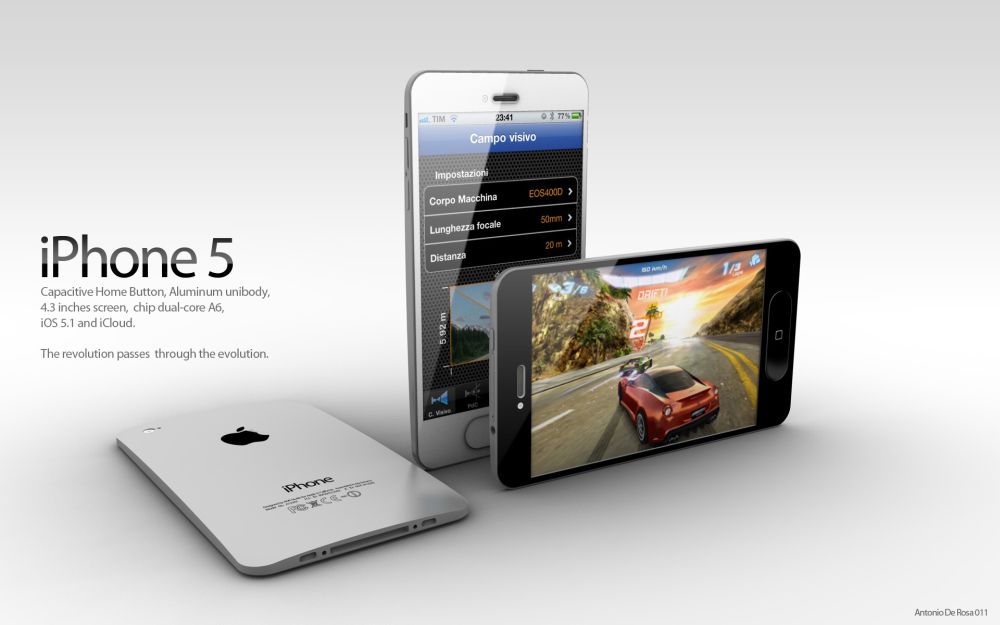 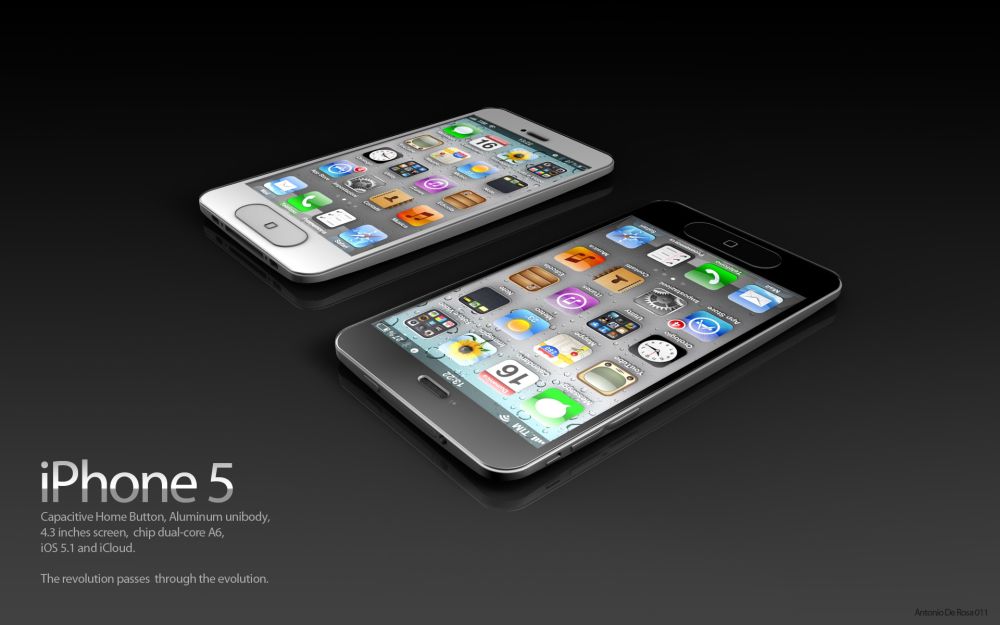 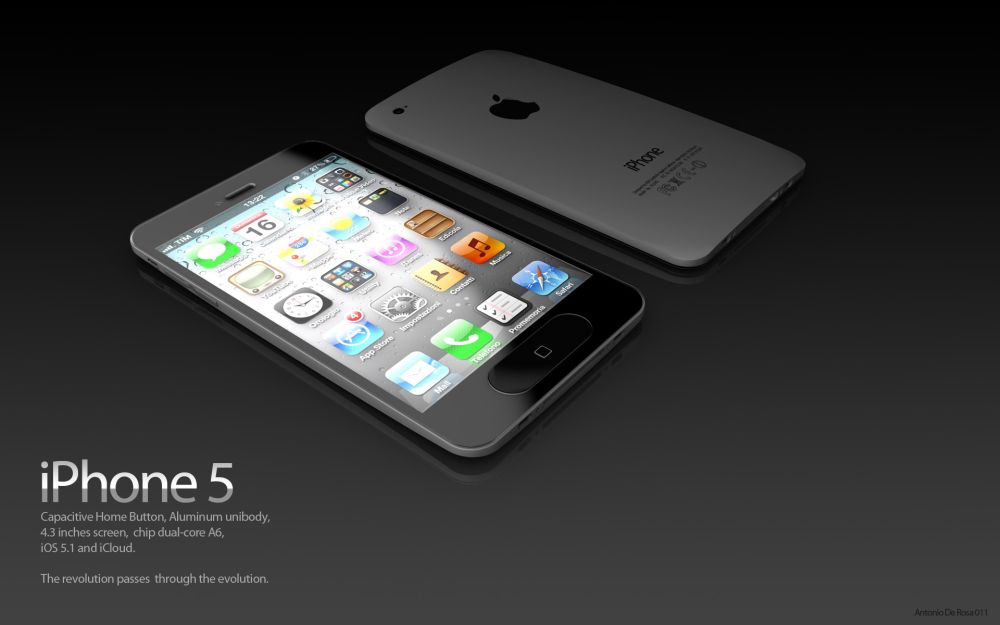 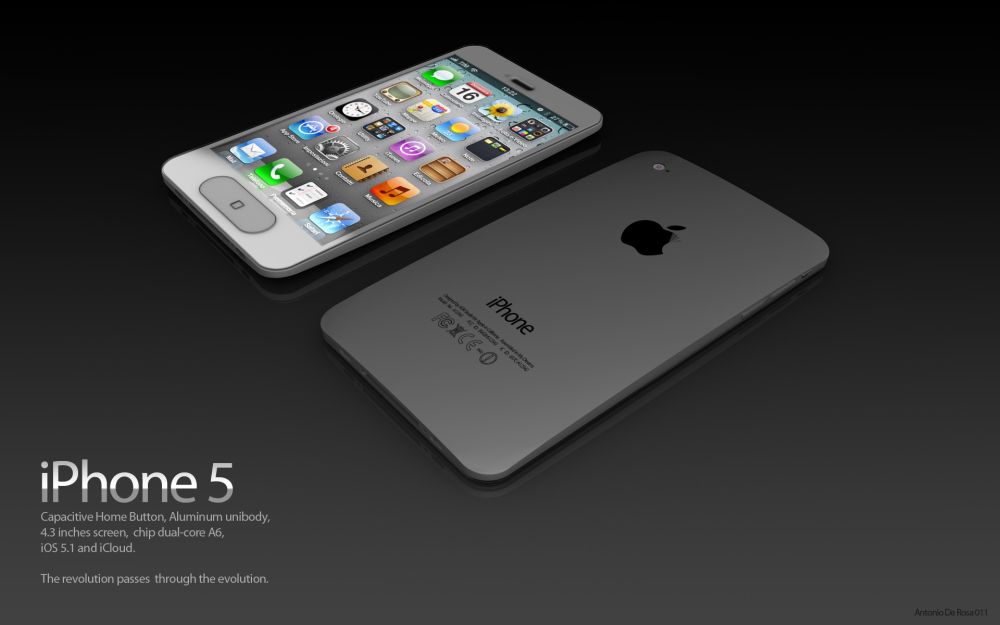