In lack of a proper launch date for Android Ice Cream Sandwich, we’ll just be happy with a concept theme for the upcoming release. Confirmed by Eric Schmidt to come in October/November, Android 4.0 has been shown as the following design pictured below. 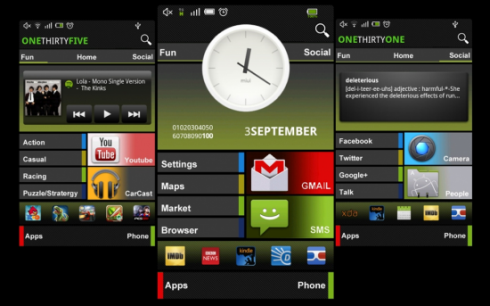 With enough free time on your hands, you’ll make your device look like this and maybe, just maybe you’ll get the Ice Cream Sandwich feeling going on a month or so before its launch. How about a concept for Windows 8 now, I mean a new one, since we’ve already had those on our website. In case you’re wondering what Android Ice Cream Sandwich is all about, know that it will unify Gingerbread and Honeycomb into a single platform and most likely debut on the Samsung Nexus Prime handset in a couple of weeks.