Designer Han-na Lee has had the brilliant idea of developing a concept communication device, that helps both the deaf and blind users communicate. Dubbed the Sign Voice Language Translator, this device helps a blind and deaf person interact, by acting as a translator and converting gestures to voice and audio signals/ voice into written text. 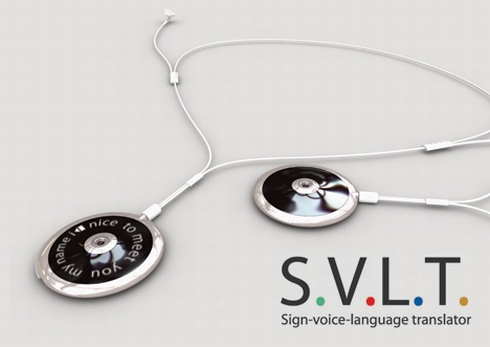 Sign Voice Language is a portable device for people who are visually impaired and also for those who are hearing-impaired. The concept gadget incorporates an LCD that displays text to the hearing-impaired and speakers that deliver the converted version of the sign language to the blind users.

This system involves two gadgets of this type, one for blind and the other for deaf users, each connected to the other via Bluetooth. In order to read the sign language, Sign Voice Language Translator uses a camera and its LCD is a touch display. More diagrams of the brilliant idea and pictures are available below. 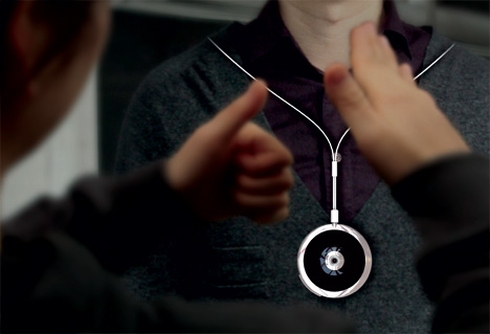 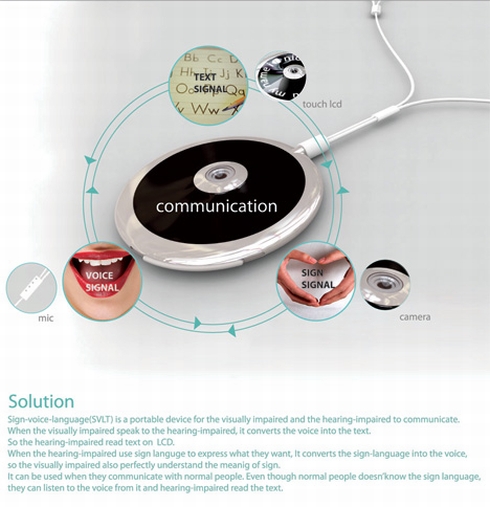 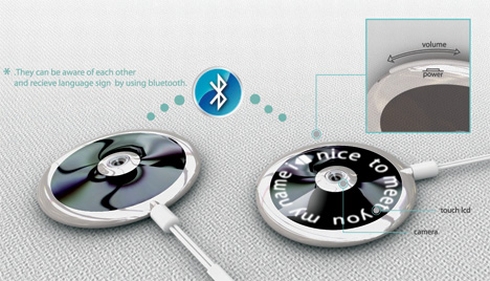 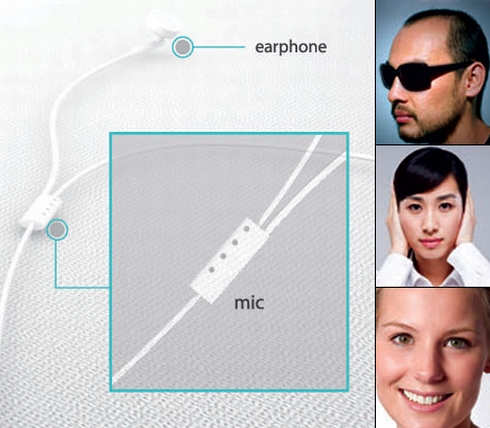 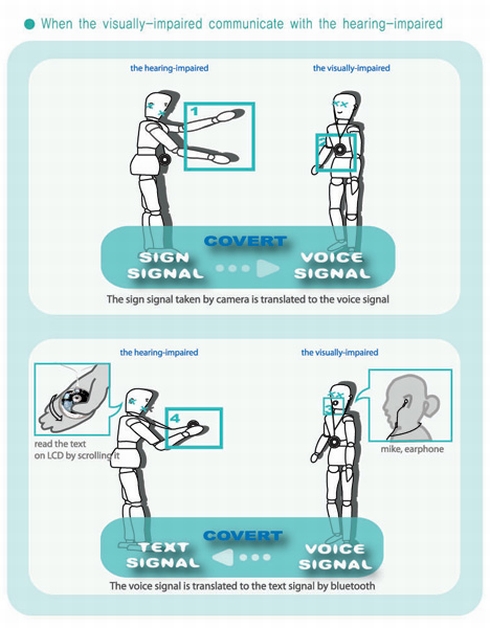 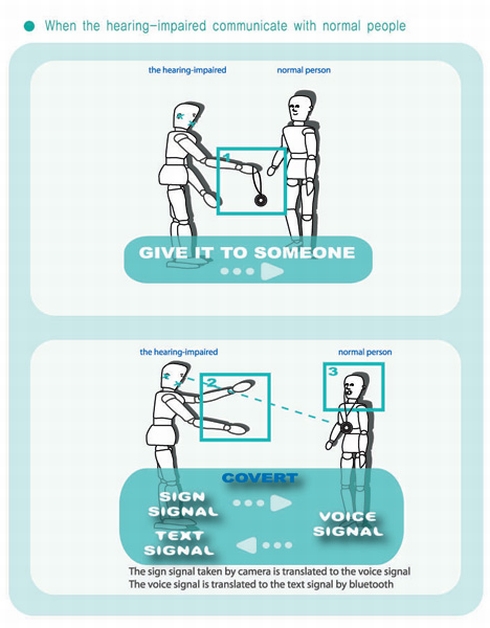