Transparent phones are more than a fashion, they’re a thing of the future as one or two concepts have shown before. This time we have a dual display transparent handset on our hands, one created by Wenhing Chu & Kok Keong Wong and known as the Space 3. 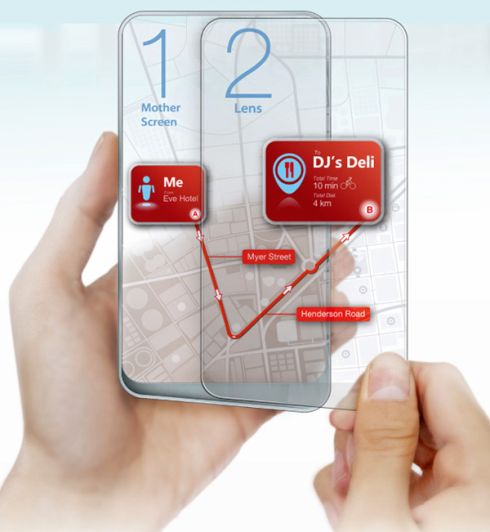 The device uses two sliding transparent surfaces that attach to one another and form the smartphone. You can split them and still pair them most likely via wireless and this is very cool, since you get double the screen estate you’d normally benefit from. We must also mention that the screens have divided roles, as one is the Mother and the other one is the Lens.

You can shift from passive to active UI output and also you’ll interact via gestures with this handset if you want. Imagine the opportunities of the Lens screen: augmented reality: tons of photo taking options, great navigation services and landmark positioning on the map, augmented gaming and social networking. Incredible! 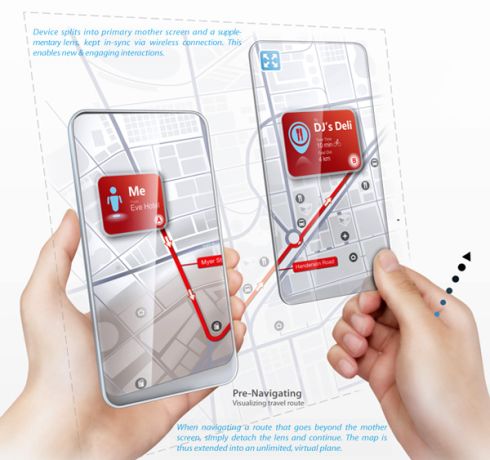 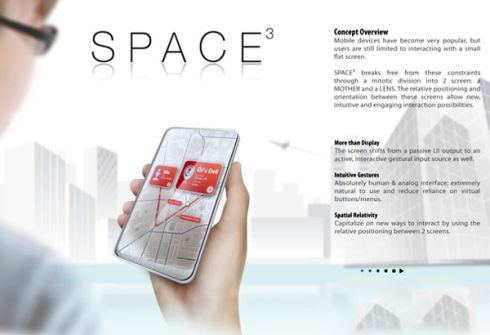 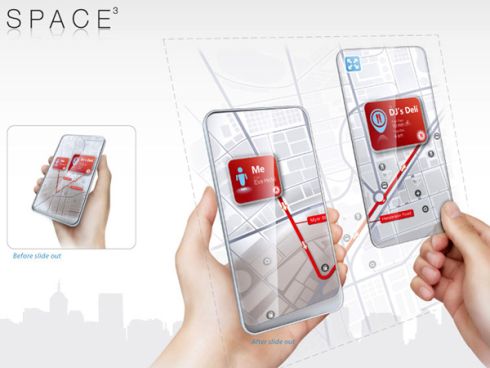 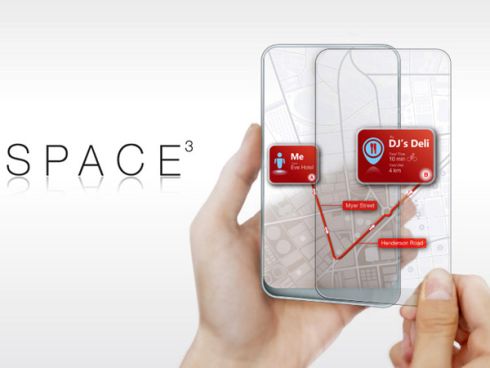