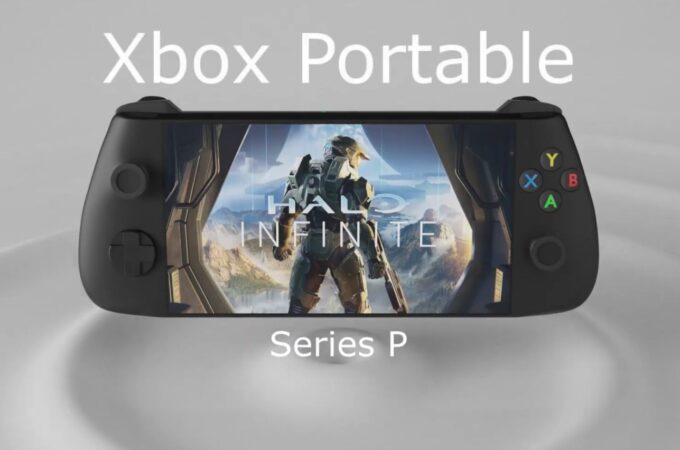 As we keep hearing about that new Nintendo Switch Pro with OLED screen, there’s also something set in motion in the Microsoft and PlayStation camp. Or at least we like to imagine so. In the meantime inspired designers like B Designs have come up with their own Xbox Portable 2021, shown below.

It goes with a less is more approach and leaves it to the cloud or better said xCloud to do the heavy lifting. The device looks like an expanded Xbox controller with a screen smacked in the middle of it. It has two thumbsticks, 4 action buttons, smartly placed shoulder buttons and it’s also codenamed Xbox Portable Series P. The screen is a bit too asymmetrical for my taste and needs to be bigger, as the buttons seem to take too much space. Also grip needs to be improved, or you’ll drop the device.

There needs to be a more curved and arched design, since the current one is too angular. Also 5G connectivity and WiFi 6 are a must if cloud gaming is the core here. Specs are probably closer to a midrange laptop than an Xbox Series S, since once again the cloud is where it all happens. The price should also be decent, something like $199, making this device sell like hot cakes. A bundle of games at launch is also a must have, perhaps even one or two exclusives to sweeten the deal.

About Kelvin
Passionate about design, especially smartphones, gadgets and tablets. Blogging on this site since 2008 and discovering prototypes and trends before bigshot companies sometimes
Huawei MatePad Pro 2 Official Poster Leaked With Mac-Style Dual Dock Bar   Redesigned Mac Pro With Apple M1 or M2 CPU is Here, as a Concept for Now