Nexus P3 Concept is a Gaming Phone, Among Many Others

It’s the weekend, but that doesn’t stop us from having our mind blown by yet another Nexus phone concept, called Nexus P3. This one has a gaming side, that we totally love. The device is called Nexus P3 and it took 1 month to be completed. It was modeled by Giuseppe Avanzato, using Rhinoceros and rendered by Enrico Vicari using Blender Cycles Engine. 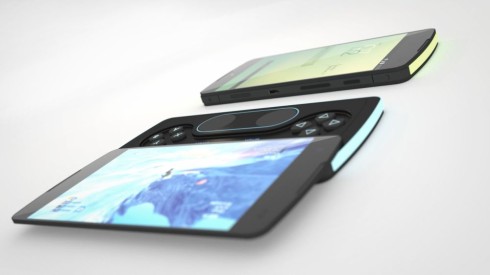 This Nexus concept uses a socket that allows the user to choose between 3 functioning modes. we’ve got the QWERTY mode for communication and productivity, gamepad mode for gaming and extended mode. This reminds me of modular phones and the modu jackets, which is a cool thing. With Google holding tight to the modular project from Motorola and not selling it to Lenovo, this could happen someday. 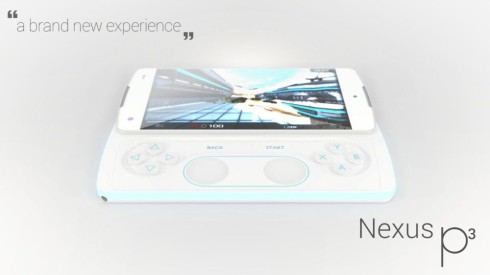 We’ve got a backlight strip here on the Nexus P3, that can change its color depending on the color shown on the screen. The P in the name comes from Pro, Play and Power, each designated for an accessory of the device. The smartphone is very sleek and feels like a more beautiful Nexus 4. It integrates a 5 inch IPS LCD, stereo speakers, 2 MP front camera, 12 MP back cam and a rubberized RGB LED strip.

It has R and L shoulder buttons and incorporates an ingenious hybrid port (micro HDMI plus micro USB). Stunning or what?