Sometimes, when the leaks don’t exactly cut it and you don’t have enough info about a product, a designer will opt to build his concept around the OS. That’s basically what happened to the Nexus 8 shown below, that seems to have been built around Android L.

The Nexus 8 is said to be an upgrade to the Nexus 7, but honestly speaking lately I’ve heard more rumors about a so called Nexus 9 made by HTC or Motorola. The model shown here is supposed to be a HTC Nexus 8, one that comes with a quad HD display, with an 8 inch diagonal and a resolution of 2560 x 1440 pixels and with a 16:9 aspect ratio. Expectations are that we’ll see a Super LCD here, apparently.

The body of the slate is said to be made of metal with polycarbonate filings, much like the latest HTC phones. Wireless charging should also be available and the CPU inside could be a 64 bit one, or maybe a Snapdragon 801 with 3 GB of RAM associated. An 8 megapixel camera with Ultrapixel tech is also expected. 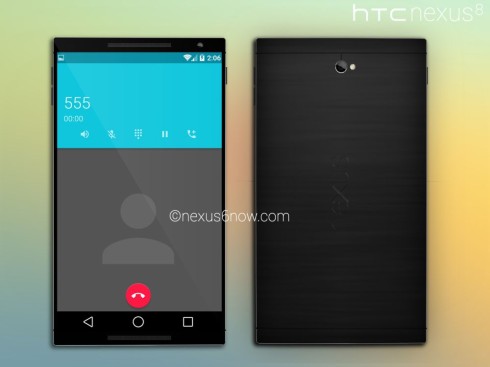 About Kelvin
Passionate about design, especially smartphones, gadgets and tablets. Blogging on this site since 2008 and discovering prototypes and trends before bigshot companies sometimes
Samsung Galaxy S6 is Back in Business, Rendered by Hasan Kaymak   VIRO Italian Phone Gets Rendered, Ahead of October 1st Launch (Video)