Ahmed Haji emailed us and let us know that he created a fun little mockup of a handset he calls the Google Nexus X. This is supposed to be an Android Jellybean smartphone, that combines the design of the Galaxy Nexus with the one of the HTC One X. The result is the handset below, available in white and gold: 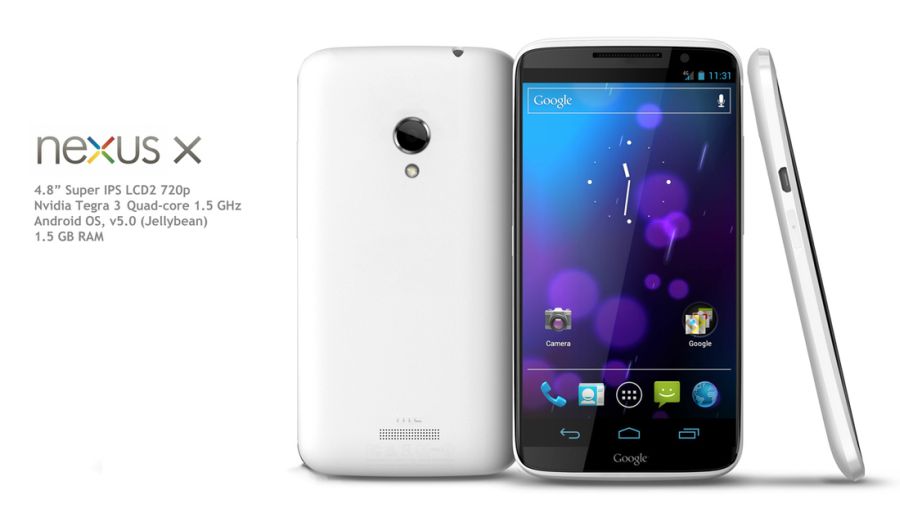 The Nexus X features a 4.8 inch Super IPS LCD2 720p screen, the Nvidia Tegra 3 quad core CPU at 1.5 GHz, 1.5GB of RAM and Android 5.0 Jellybean as OS. I guess the camera at the back is an 8MP shooter, unless Google decides to finally skip to 12MP. From what I’ve heard the search engine giant could either have 5 Google Nexus Phones this fall, or a model made by Samsung yet again… or maybe by ASUS this time, although they’re more likely to work on the Nexus 7 tablet alone.

I have to say that I like the Nexus X design, since it’s very simple and keeps the best aspects from the HTC One X. Hopefully it solves that issue with the exposed camera lens, that was prone to scratches. Its facade is beautiful and the bezel is really thin. There’s a slight curve in the handset’s profile nad lower part, a trait that I dig as well. Do you like it?