While HTC’s officially announcing three new Touch handsets, we’ve stumbled upon yet another concept version of the Motorola Z12. It was created by the same Flickr user as before, kizazzz, but this time we get to see its interface and check out a few specs. 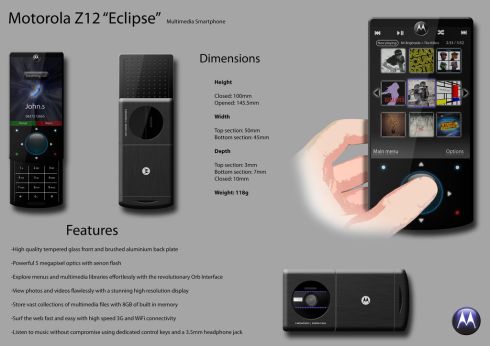 We’re dealing with a 50 mm wide device, in its top section and 45 in the bottom section, while the depth goes from the 3 mm at the top to the 7 mm at the bottom and 10 mm, when the handset’s closed. The Motorola Eclipse weighs 118 grams and comes with a high quality tempered glass front and brushed aluminium back plate.

The camera’s got the same 5 megapixel sensor as before, plus the Xenon flash, while the device uses the revolutionary Orb interface (heard of it?). Also, the rest of the specs are pretty predictable: 8 gigs of internal memory, 3G, WiFi and multimedia features. We want a video of the device, please? 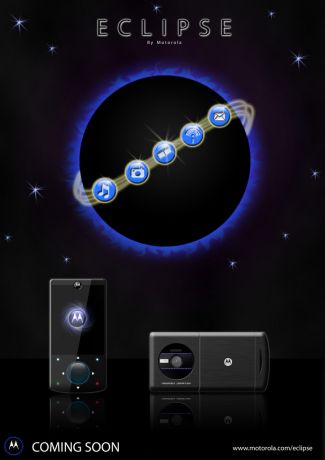