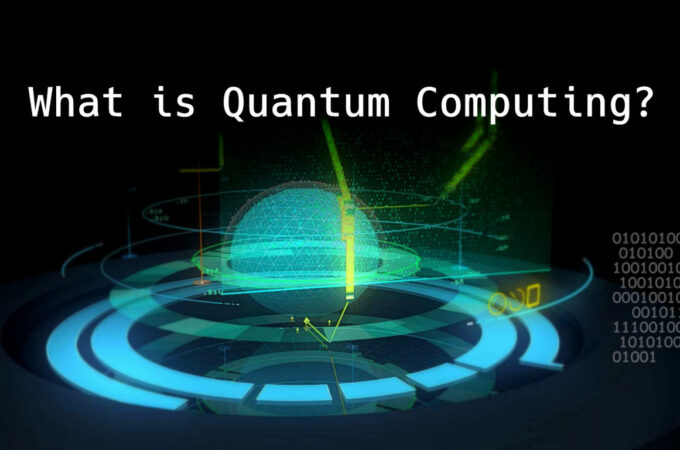 Quantum computing is an area of research rapidly gaining momentum and promises to change how computers work. From improving the understanding of physics to designing new drugs and materials, quantum computing will enable people to solve problems beyond the reach of conventional computing.

In this article, you can look at one of the most trendy state-of-the-art technologies, how it works and why photonics innovations are essential for its future adoption.

Quantum computing uses quantum-mechanical phenomena to perform operations on data. It is an area of computer science that uses the principles of quantum theory, a branch of physics that explains the behavior of energy and material on the atomic and subatomic levels. It uses subatomic particles, such as electrons or photons, to encode information in binary form.

How is it different from Traditional Computers?

A quantum computer uses qubits, which are in a superposition state. This means that they can exist in multiple states at the same time. Unlike a normal computer bit, which is 0 or 1, qubits can exist in a multi-dimensional state.

For example, if you have an eight-qubit register and add two numbers together, there will technically be 16 combinations of all 8 bits being set to 0 or 1 at any given time.

The Advantages of Quantum Computing

Unlike traditional computers, quantum computers don’t need programmed algorithms or instructions. They rely on a phenomenon called “quantum annealing,” – where operations occur naturally through interactions between different subatomic particles within the system (known as entanglement).

Such systems are inherently “evolutionary,” meaning they’re able to adapt their behavior over time based on how often inputs lead to desired outputs.

How do Photonics Innovations help in Quantum Computing?

Photonics innovations help in quantum computing by making it possible to use photons to perform operations like logic, routing, and sensing. This makes photonic chips an essential part of a quantum computer.

Photons are the fundamental particles that carry light or electromagnetic waves, which can be confined to tiny areas and manipulated with much greater control than electrons. Photons also travel at the speed of light, transmitting information quickly over great distances without loss or corruption caused by electromagnetic interference.

Among the various state-of-the-art technologies, quantum computing is a fascinating field of research and development. Photonics innovations can play a vital role in making this technology accessible to users worldwide. It is much like a revolution in the way people use computers and communicate with each other. The future looks bright!

However, some challenges to the widespread adoption of quantum computing are not technical. These include social and political factors, as well as infrastructure issues.

About Kelvin
Passionate about design, especially smartphones, gadgets and tablets. Blogging on this site since 2008 and discovering prototypes and trends before bigshot companies sometimes
Samsung Showcases 360 Degree Foldable Screen Phone and New Hinge   Why you should choose mobile devices to play casino games