We’ve just received another Microsoft Lumia concept from the active guys of Microsoft Lovers. This time it’s a device called Microsoft Lumia 1430, that’s inspired by the Nokia 515 and Lumia 1520 designs. 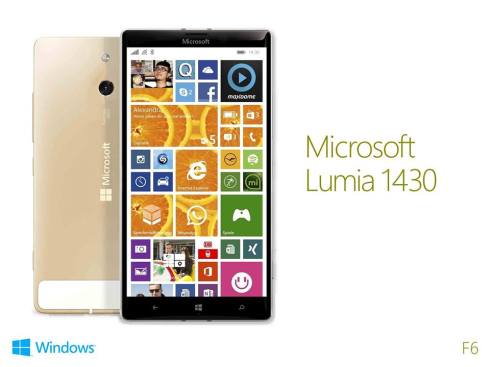 This model runs Windows 10 for mobile and relies on a Snapdragon 615 processor, 2 GB of RAM, 16 GB of storage and a microSD card slot with support for up to 128 GB. The design is the one that interests us and that one involves an aluminum unibody format, as well as a 5.7 inch full HD display with an IPS panel. There’s a 16 megapixel back camera with Pureview technology and Zeiss lens, while at the front we find a 5 megapixel shooter.

The Microsoft Lumia 1430 concept features a golden case and the lower white area intrigues me a bit. It may be a clip-on plastic lid for the slots, or just a design feat. This model has minimal bezels, especially for a Lumia. Interesting placement of the flash above the camera, by the way…