Actually, the Nokia N10 MeeGo phone might become real in a matter of months, so it’s a bit unfair to call this design a concept. The idea of the phone below belongs to Peter Lackman, who created the Nokia N10, based on Nokia and Intel’s jointly developed platform. 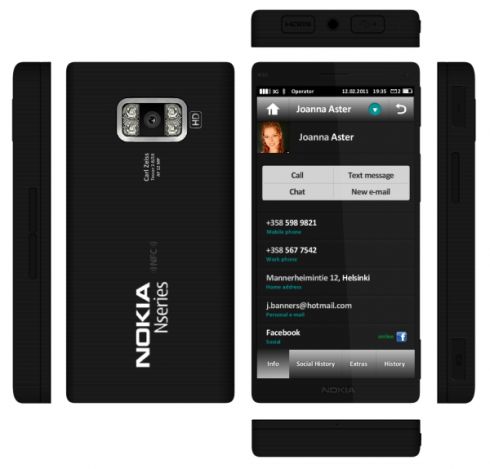 No specs list sadly, but we know the handset comes with a huge screen (4 inches maybe?), the 12MP camera on the N8 plus quad LED flash, HDMI and a 4 row tilt hinge QWERTY keyboard. NFC is also included and there’s a nifty video showing the MeeGo UI running on the concept right here:

Can’t really say what’s lacking from this handset… Gigs of internal memory? WiMAX? A projector? What else?

About Thrystan
Samsung Gloria Tablet Slider Mockup Could be the Future   Palm Chronos – Pair That With Your WebOS Phone!