While waiting for the PSP 2 or PSP Go! to go live, we’ve come across a great mobile device concept, created by Shao Wei Huang. Known as EME, the device is a video player and portable gaming console that also plays music and comes with tons of other great features.

EME packs a dual screen and can be used to view contacts, photos, SMS messages (the device is a phone, too!) in standard mode, but it you turn it sideways, it’ll become a portable gaming device. 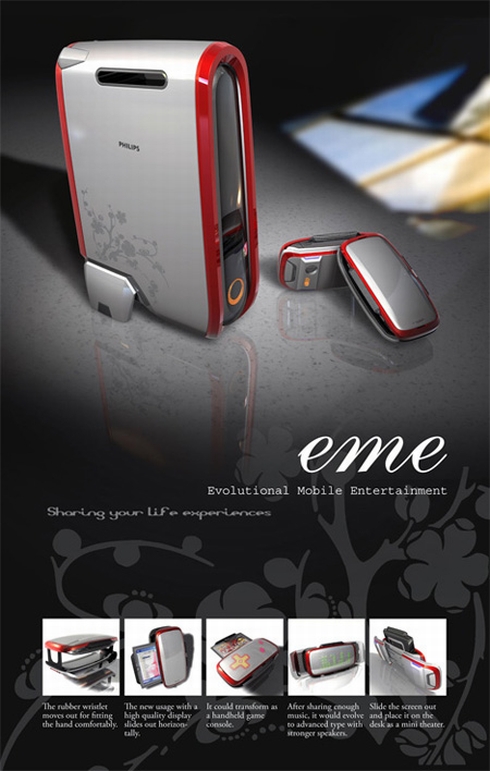 Its touchscreen will allow the user to control games easily and there’s even an “evolutional” aspect about EME: it’ll gain new features as it shares the experiences with other similar devices. I’m talking about video, music and games and this console/player/phone will be able to gain a higher resolution display and bigger speakers by joining in with another EME units.

This can be considered a modular device, since its screen can slide out and be placed on a desk like a mini theatre, plus the gadget can gain new features as various other components and accessories are attached to it. 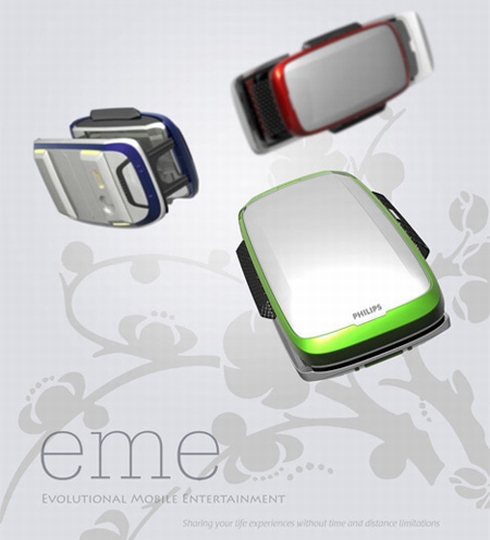 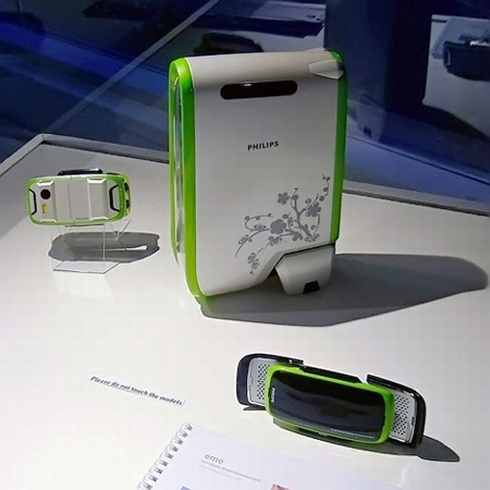 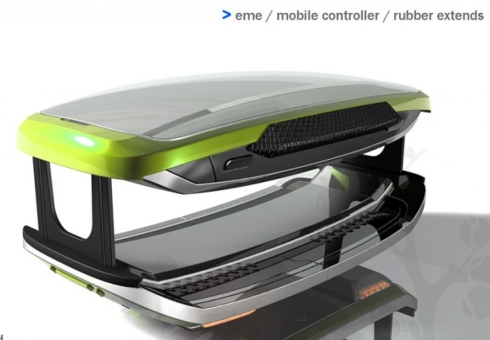 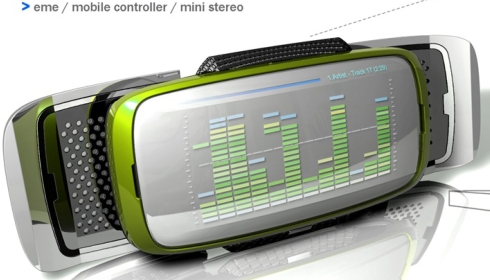 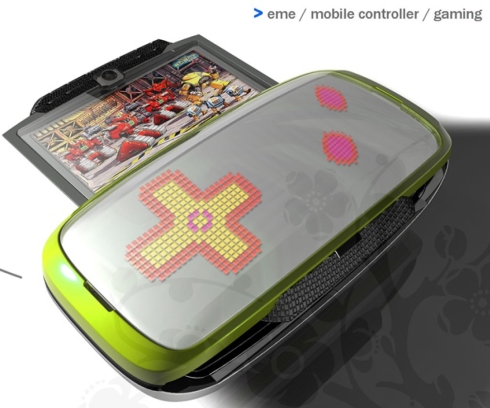 [via Tuvie and IntoMobile]