Sony Ericsson Bracelet Phone, a Design That Won’t Make It Into Production

We usually praise the designs of folks who have just started creating concept phones, since they’re promising and they need a boost. However, we’re very harsh when it comes to official prototypes and patents belonging to major companies, like Sony Ericsson. What were they thinking when they created the concept bracelet phone below? 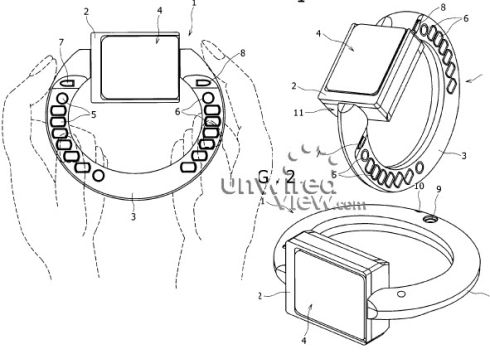 Described in the patent app as a “Mobile Terminal”, this handset is meant to be worn as a bracelet and may remind some of you of watch phones. It can also be used in a two hand mode, for faster typing.

Such a strange design is only meant to stay on the drawing board and SE are not crazy enough to launch such a crazy device during this recession… we hope.