Sony Ericsson K1i, a P1i With Better Memory and Camera

The SE K1i concept proves to be one of those rare handsets that keeps the design of its predecessor unaltered, while the specs get slight upgrades. Basically the K1i (designed by J. Havrlant) is a P1i, but with a 5 megapixel camera (compared to the 3 MP of the first handset) and 256 MB RAM (the P1i had 128 MB). 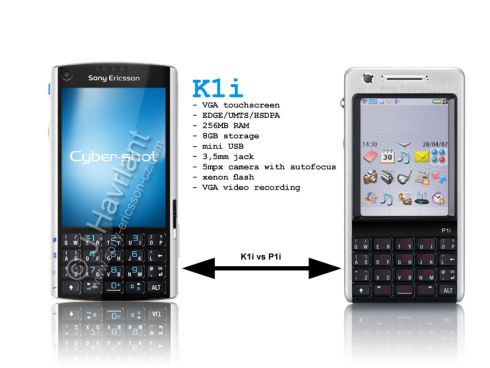 Sony Ericsson K1i also incorporates a VGA touchscreen, EDGE/UMTS/HSDPA support, 8GB of storage (much more than the P1i) and a mini USB port. Last but not least comes the 3.5 mm audio jack, VGA video recording and the Xenon flash of the camera. Do you think this device will pass the concept phase?