Sony Xperia NX, Based on NEX Cameras; Razec is Back!

Our readers who have been following us from 2008 must have heard the name Razec a lot in here, since he was a very prolific designer of Sony Ericsson concepts. Now he’s back with a new design, imagining a combination between a Sony Xperia phone and a Sony NEX camera. The result is the Sony Xperia NX mockup, pictured below. 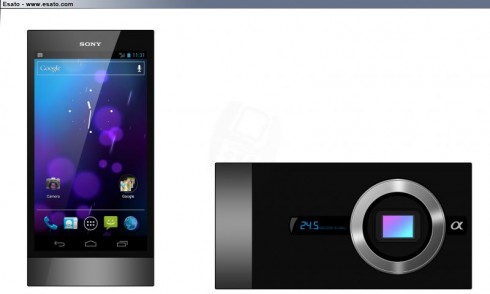 Razec calls the device unfinished and sees it as a hybrid, with a 24.5 megapixel camera at the back and a very rectangular design. Doing a quick web search, I found that a Sony NEX camera, the Nex 7 model has a 18-55 mm lens bundled and a massive 24.3 megapixel APS-C sensor. The latter can be borrowed in a more compact form and implemented on a future Xperia, being able to do Full HD 1080/60p/60i video. The thing is that the camera I’m talking about  here costs $1349, so the phone will be extremely pricey as well.

Imagine that the camera on its own measures 42.8 mm in thickness and borrowing the sensor for a phone seems like a sci-fi dream for now. As you can see here, the Sony Xperia NX concept is not shown from profile, so it can have a huge bulge for the camera area. I particularly like the area below the virtual Android keys, since it looks so elegant, but there’s got to be more to it than blank space…

About Thrystan
HTC One Bloom Concept, the Future Flagship of HTC   Samsung Galaxy S IV Is The Answer to the iPhone 5: One Week of Battery Life!