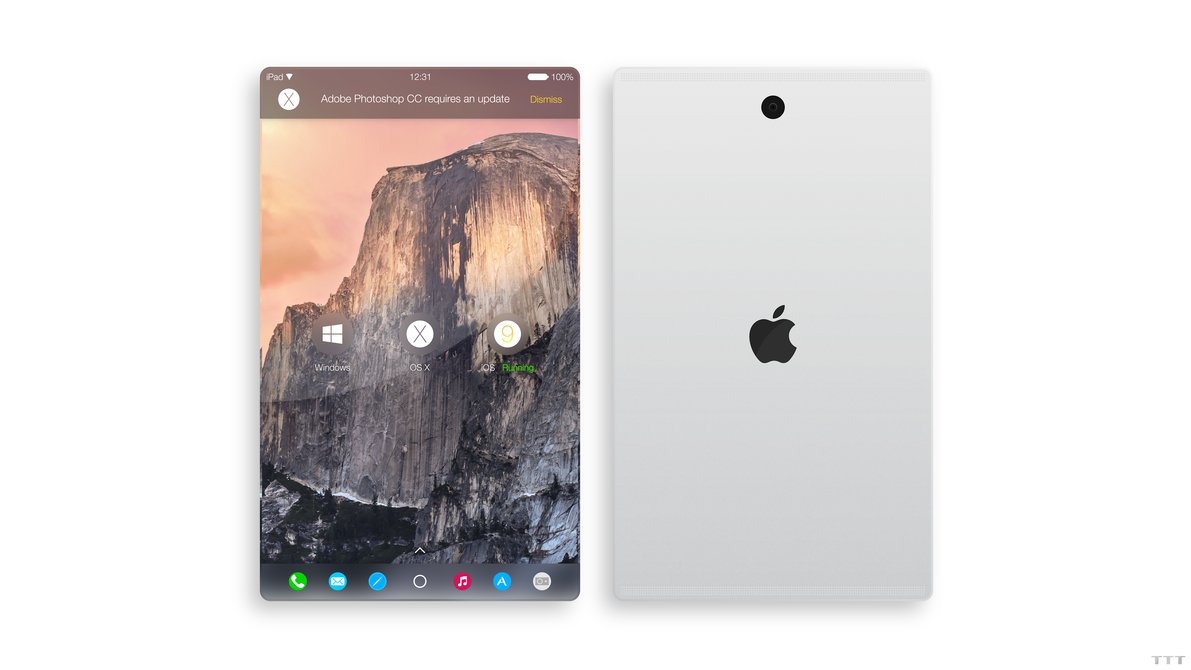 The 12 inch iPad Pro tablet is expected to debut in September this year, around the 9th of next month, but till then we get to see one last concept. This one is made by The Techno Toast and it’s more portrait oriented than usual. 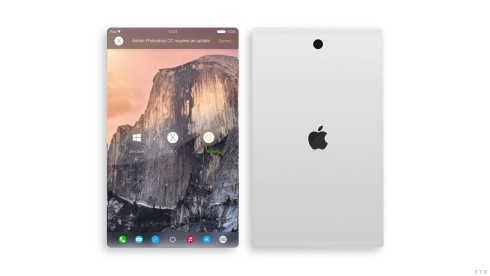 This 12 inch iPad is a real powerhouse of a device, since the designer claims it comes with a 3 GHz Intel Core i7 processor and 4 GB of RAM, with options up to 8 GB. This iPad Pro render doesn’t have any bezels, so it integrates an edge to edge display. Apparently, the same screen “reflects the content within the edges”, using smartly placed mirrors, according to its creator.

Since there are no edges, there’s a special system in place, that ignores unintentional touches. There’s also a software dock here, expanding upwards to show all the installed apps. The real blasphemy is that this model runs either Windows 10, OS X or iOS 9, or maybe all of them in a triple boot setup. What do you think?