While everyone’s focusing on 3G iPhone rumours, one might easily notice that there might be another Apple-branded surprise coming in June. How about an iPlay console launched by Steve Jobs’ company, just in time to battle the Nokia N-Gage platform? 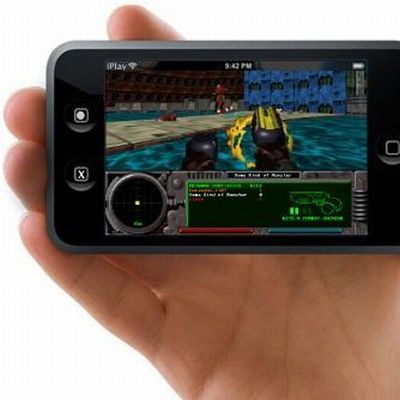 Of course, these are only rumours we’re dealing with, but the prospective of such a device sure sounds nice, on a market where the PSP and Nintendo DS rule and will continue to rule for at least 2 or 3 years. We’ve seen what the iPhone SDK can do, in terms of gaming, so the potential is there, now it’s up to the new hardware to do the magic.

About Thrystan
Nokia’s Concept Phones of 2012 Are Ready, Courtesy of Provoke   Philips Full Touchscreen Xenium X-Connect Phone On Its Way?