No way that we’re going to see an iPhone like the one below in the following years… no way! Let’s call this a futuristic Apple handset, if you want, although this concept is called an iPhone 5 right now. What we have right here is a device with a holographic interface and what looks like a projector. 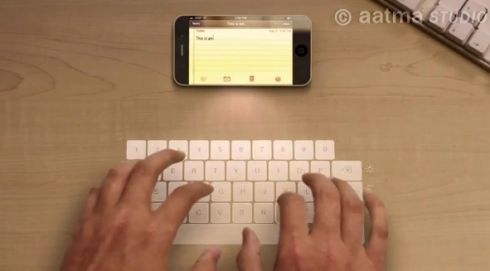 The already classic edge to edge display and a very slim design are also in the mix, as shown in the video from our source below. Since Apple recently patented a pico projector and bought the domain applepico.com, it’s only a matter of time till we’ll see iPhones with projectors inside and capable of projecting holograms for interface.

Considering laser keyboards already exist, why not use the same technology to project a virtual keyboard outside this handset? An iPhone 5 with a pico projector is a mere dream, but what about the iPhone 6? If you were part of Apple and had to choose between implementing a 3D screen and a projector, what would you pick? 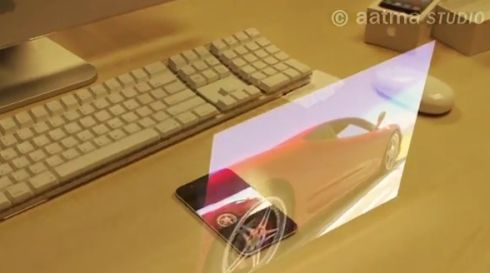