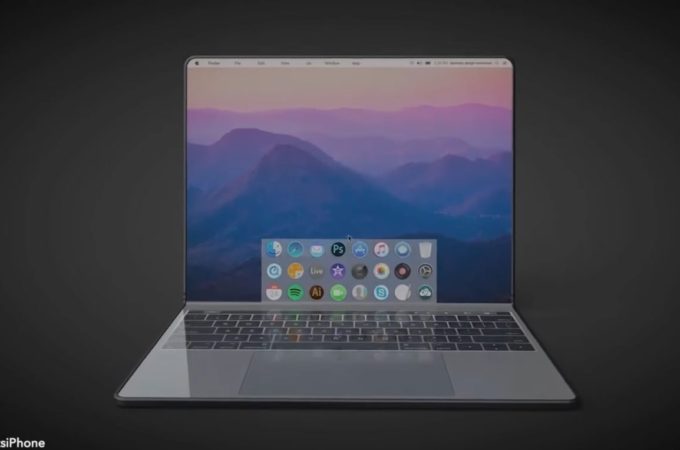 I’ve seen my share of foldable phones and tablets over the past years, most times in patents, rather than real life, but this time we’re treated to a pretty legit concept. Published by ConceptsiPhone, this project took 6 months of designing, animation and editing, plus rendering. Kevin Noki was behind it. 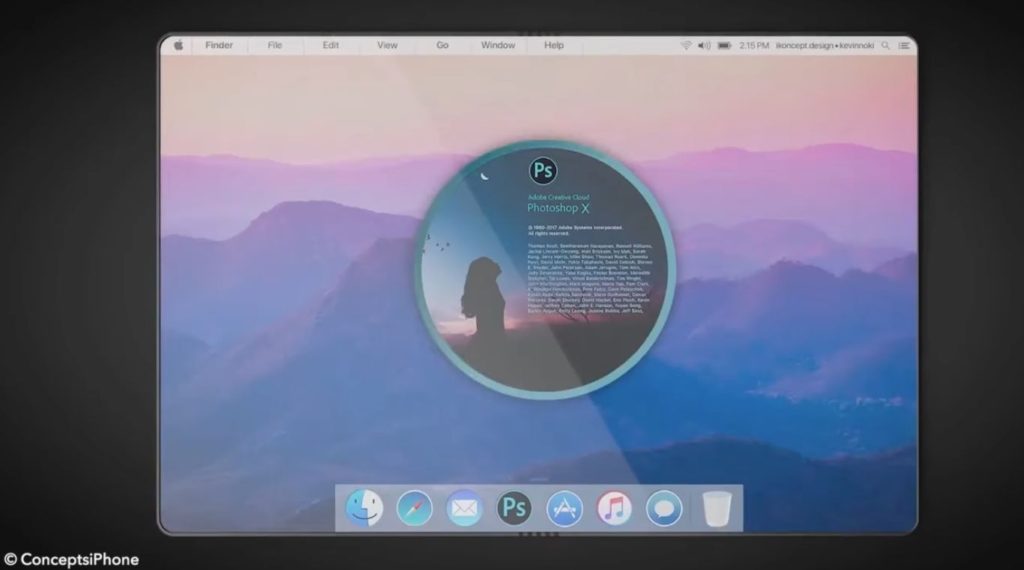 The software used to create this piece of work was Maxon Cinema 4D, Ableton Live, Adobe Photosop, Adobe Illustrator, Adobe After Effects and Adobe Premiere. Now as far as the device goes, it’s a 3 in 1 affair: Macbook Pro, iPad and iMac. The centerpiece is the tablet, a larger than usual one, that has a foldable hinge. It can open up to a much larger format with no seam down the middle. 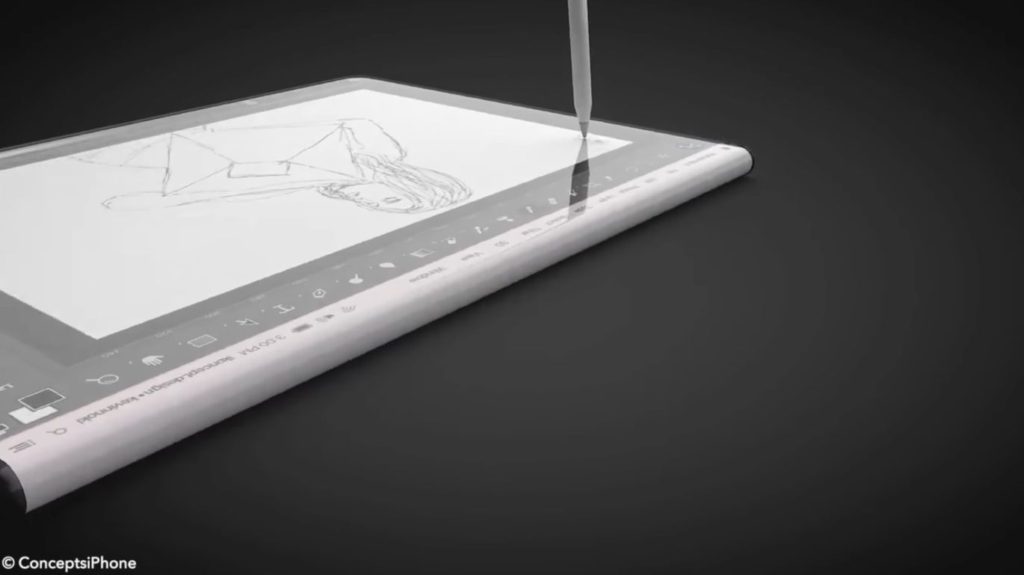 The foldable hinge reminds me of the Surface Book devices. You can fold it and use it as a smaller tablet, it interacts with the Apple Pencil and when you’re done, you rotate the second screen part and make it a keyboard, on a touch-based MacBook. Then, as shown at the end of the video, you attach a special stand to it and it becomes your new iMac, completely opened up. 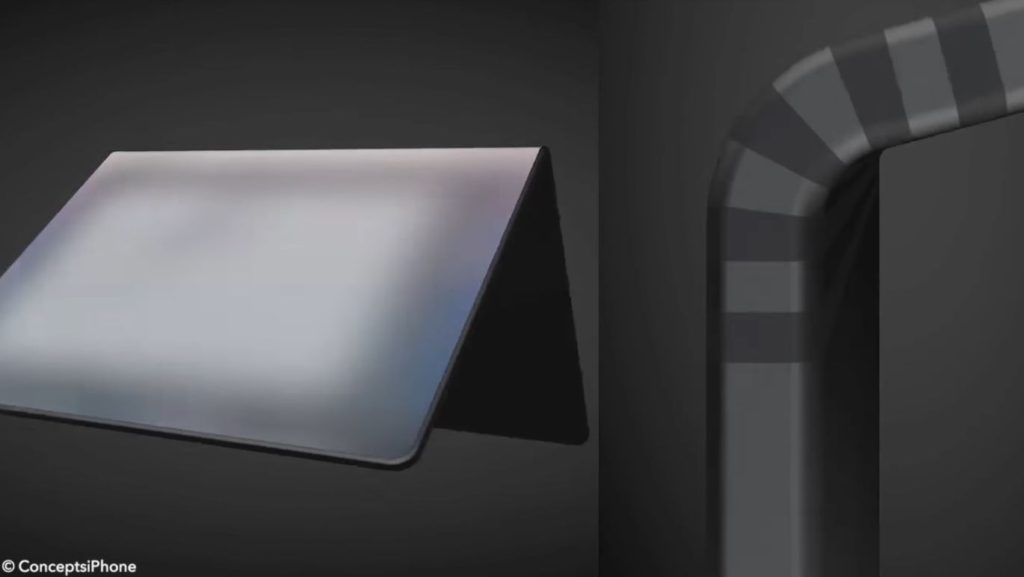 Considering this is probably 9.7 inch screen affair, or maybe let’s say a 10.6 incher, you’ll get about a 21.2 inch iMac in the end. Great work, but for sure this would cost thousands of dollars. 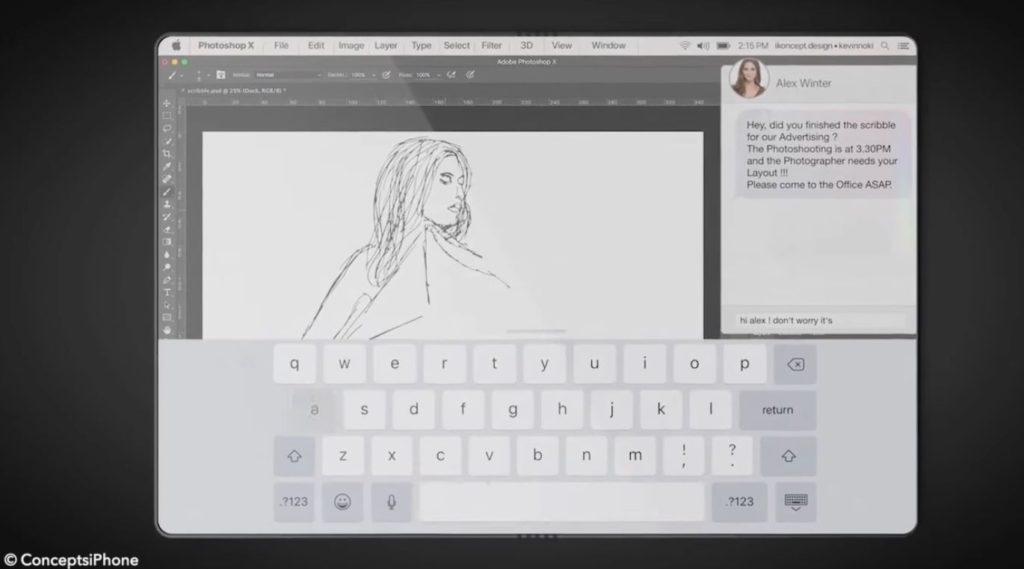 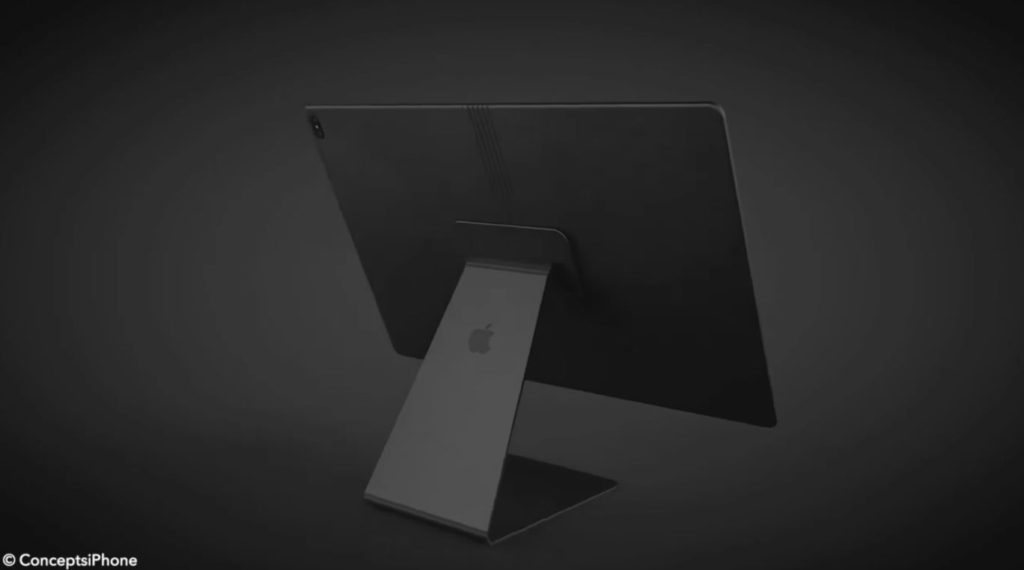 About Kelvin
Passionate about design, especially smartphones, gadgets and tablets. Blogging on this site since 2008 and discovering prototypes and trends before bigshot companies sometimes
Microsoft Surface Phone Gets New Life Thanks to Hybrid Render (Video)   Nokia 9x is the Next Big Flagship, With Original Camera Placement