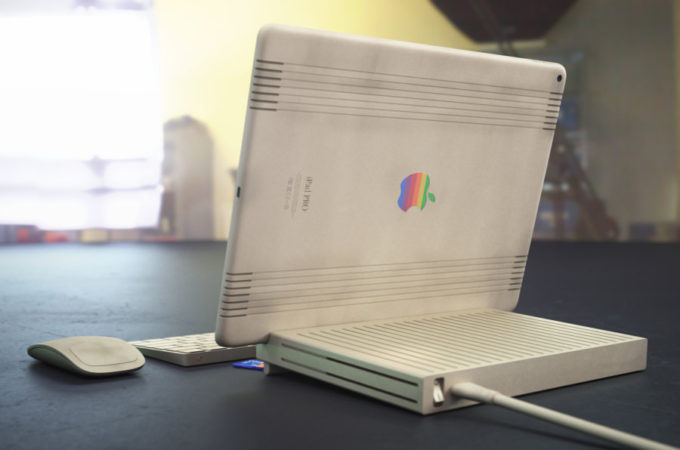 Who doesn’t love an old school Apple gizmo? Many people have styled their modern gadgets to look like the Apple II, Macintosh or other old school gear. Now the folks of Curved/Labs have envisioned an iPad Pro dock that looks just like a Macintosh. 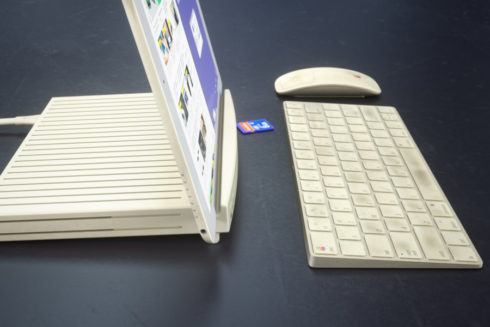 This design is based on the Macintosh LC (low cost colour), from the early 1990s. Back in the time frame between 1990 and 1993 Apple wanted to draw customers looking for a budget computer, without a monitor, or a keyboard, plus mouse. The appeal was the low price and of course the fact it could show color. Thus the “low cost color” thingie.

Also dubbed “pizza box” by the fans, the machine came with 10 MB of RAM and 16 Megahertz of CPU power. Back to the present, a power dock was created for the iPad Pro, with two USB ports and Apple’s “Snow White Design”. There’s an SD card reader in the mix, an internal SSD, integrated GPU, internal power supply and Bluetooth connectivity.

Now that’s a nifty throwback. I want one made from the Apple II!

About Kelvin
Passionate about design, especially smartphones, gadgets and tablets. Blogging on this site since 2008 and discovering prototypes and trends before bigshot companies sometimes
So the iPhone 7 Could Bring This USELESS Accessory…   Microsoft Surface Phone Leaks Again, With Touch Cover Accessory