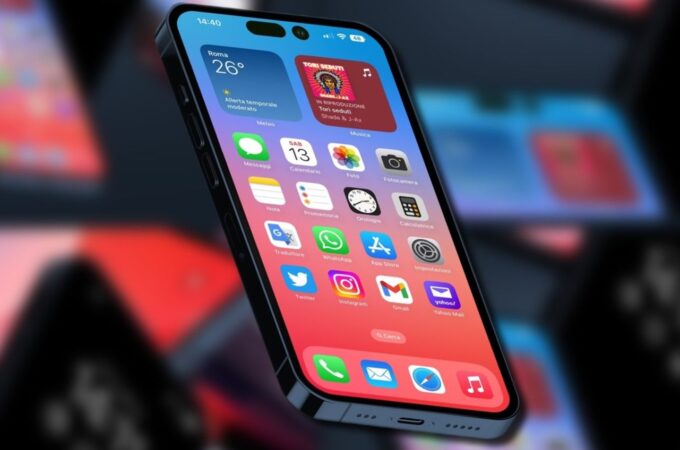 iPhone 14 Pro is no stranger to leaks, having popped in images as early as late 2021. We’ve seen concepts, renders, cases, leaked pictures and more, but now we have a first: iPhone 14 Pro renders with iOS 16 on the screen. We also get a brand new launch date.

The general opinion was that Apple would be launching the new iPhones on September 13th. Then last week, it was September 6th and now it appears it would be the 7th. That’s at least according to Max Weinbach, prominent in the leakster community and also iHacktu, another solid source. iPhone 14, iPhone 14 Pro, iPhone 14 Pro Max and a brand new iPhone 14 Max are expected to drop on that date. Graphic designer AR7 posted on Twitter the renders shown here, with iOS 16 on the iPhone 14 Pro screen.

We also get to see the punch hole and pill shaped cutout for the selfie camera and Face ID sensor, in lieu of a notch. WE also get to see the new battery percentage symbol, plus the new Always On Display, which is supposed to be very low key and also dim the wallpaper a bit if you want it to. Here’s it’s just shown in monochrome fashion, but we’ve heard it’ll also come in color, showing your wallpaper all dimmed out.

About Kelvin
Passionate about design, especially smartphones, gadgets and tablets. Blogging on this site since 2008 and discovering prototypes and trends before bigshot companies sometimes
How to Plan a Successful Company Retreat   Realme 9i 5G Renders Leaked Ahead of Indian Launch