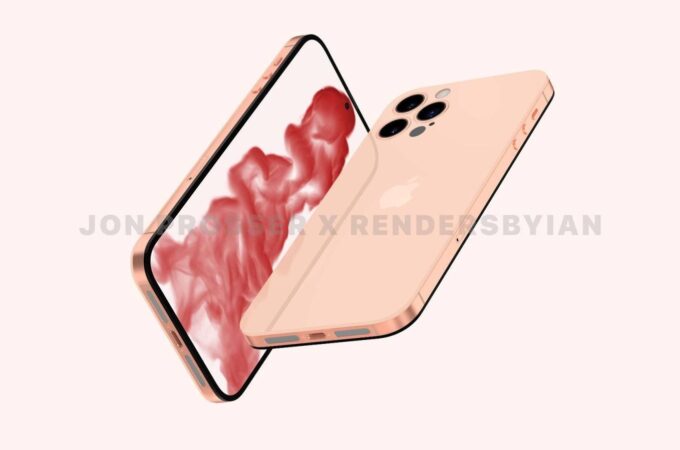 For all the Apple fans out there, the new iPhone 13 has been launched. It comes with some new changes, such as the layout of back cameras and new software and design changes. But as the new iPhone does not come with radical design features, people are already expecting iPhone 14 to appear. We still have one year to wait for it, but certain leaks might tell us the most important changes.

Apple is one of the most important and influential corporations and technology businesses out there. Since the release of the first iPhone, iPad, or laptop, Apple has grown exponentially every year. They always come with innovations and the best thing about Apple is that their software makes using their products a lot easier. They are very user-friendly, with a great design, and very portable. So, which are the changes that are rumored to be seen in the new iPhone 14 Pro? How is it going to be different from the newly launched iPhone 13 collection? Find out below.

Well, do the leaks tell us about the design of the expected iPhone 14? Yes. If we take a look at the history of Apple and major redesigns for their iPhones, we can easily see that this happened every three years. So, it seems that the iPhone 14, which we expect to be launched in October next year, will not be so different from the newly launched iPhone 13 family. iPhone 14 will have the back cameras on diagonal, which makes taking pictures way easier.

The quality of the photos is considerably improved by this camera redesign. And even though iPhone users are waiting for that ultra wide angle camera for quite some time, it seems that neither the iPhone 14 will not have it. Apple fans are expecting the Apple 15 to come with a major redesign, but until 2023, we still have quite a lot of time to wait for.

The family of iPhone 14 will have some design changes though. Rumors say that it will have a notch-free design. This means that the back camera notch, which we can easily notice is smaller at iPhone 13 compared with its brother iPhone 12, will no longer exist on iPhone 14. The same is valid for the front notch, where the front camera is placed.

Apple will surely not renounce its face ID, but incorporate it somehow in the full screen. Some leaks say that it will be placed somehow in the lower part of the display, but this thing remains to be confirmed after some time.

The freshly launched iPhone 13 has a 12MP camera, which makes shooting high-quality photos extremely easy. Apple has proved that you do not necessarily need a DSLR camera to shoot pictures in extreme conditions. With a nice combination of high-camera quality and well-built software, the iPhone 14 Pro is rumored to have a 48MP camera.

However, as highlighted above, Apple users are waiting for that telephoto and ultra wide angle lens, which we still do not know whether will be present in the iPhone 14 pro. Maybe this is a feature to be introduced in the iPhone 15 along with a major redesign. We will find this out from the information that will surely emerge in 2022.

Even though the camera sensors have been upgraded over the years, Apple has not upgraded the camera lenses from the iPhone 6s in 2015. So, the shift from 12MP camera lenses to 48MP will be a major upgrade we have been waiting for for quite some time.

And, of course, with this change, new features will be integrated and available. For example, those who will have the iPhone 14 Pro, will be able to film 8K videos and have a full cinematic experience. Apple has already proven its proficiency when designing mobile phones and also integrated 12MP camera lenses. We cannot say that it has not done a good job with the 12MP camera lenses, so do you imagine how it will be with the 48MP camera?

Round-sized buttons for the family of iPhone 14 are expected to be. Apple has played with the size and form of its iPhone buttons, with returns to the original iPhone models. As we saw a design change in the iPhone 11, which was almost identical to that of the iPhone 5, it is expected to see other successful design features from past iPhone versions being integrated into newer ones. This is the case with round-sized buttons (for volume) we will likely see in the new iPhone 14 model family.

There are not so many leaks about the iPhone 14 as it was only launched the iPhone 13. However, rumors say that it will have more colors available, which is great. Apple has always found some of the most beautiful and eye-pleasing hues and colors for its phones, so the iPhone 14 will come with diverse colors. People expect to see only two or three unique colors, but this still has to be confirmed by Apple.

Graphite, Gold, and Silver are the colors that will probably remain iconic for iPhones and they will still be present in the iPhone 14, as they are in iPhone 13. But Sierra Blue is a distinctive and eye-candy color for the new iPhone 13. And this makes us expect to see unique colors in iPhone 14 too. Starlight is another color that combines gold with silver and is available on iPhone 13.

Apple is one of the greatest technology companies out there. It is known for its top-notch products and creative engineers and designers willing to innovate. They always strive to offer high-end software and features, so that they meet their fans’ and consumers’ expectations. It is one of the most valuable companies starting with January 2021, which kind of says anything about their success. Apple has just launched the new iPhone 13 family and the changes are incredible.

However, those who have iPhone 11 or iPhone 12, aren’t probably so interested in the iPhone 13 features as they are for the future iPhone 14. The redesign will not be major, although the iPhone will have a few nice new features. For example, Apple will finally switch from 12MP lenses to 48MP ones, which will make filming videos in 8K possible.

At the same time, Apple has worked on offering a notch-free display and design. The layout of the back cameras is changed, as well as the size of the notch. In the recently launched iPhone 13, the back notch is thinner and the iPhone 14 will be notch-free. There will certainly be more unique colors available, as well as other design changes such as the round-sized volume buttons.

Author bio: Opal Miyamoto is a freelancer and a blogger from the United States, who currently works at the best essay writing service. She is very friendly and communicative. Opal is always open to new connections. Her hobbies are cooking, painting, traveling, and writing of course. She loves technology and is a great Apple fan. Always updated with the latest technology advancements, she writes various articles on domain-related topics.

About Kelvin
Passionate about design, especially smartphones, gadgets and tablets. Blogging on this site since 2008 and discovering prototypes and trends before bigshot companies sometimes
Top 5 Best Mobile Online Casinos in Canada   2021 Best Writing Softwares For Students