iSpazio’s Antonio De Rosa created a very interesting iPhone 4G 3D concept, that you can see in the following images. There’s even a video at the end of the article, if you want a more detailed video on this futuristic iPhone design. There was an older version of the concept, that has now been redone by its creator, with rounded shapes and corrected errors. 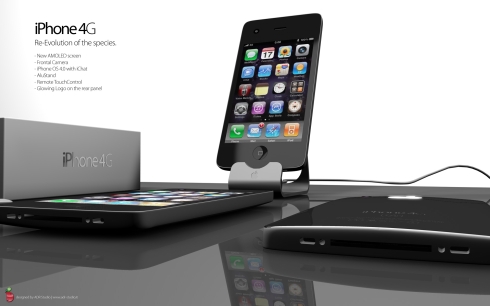 This iPhone 4G concept packs an AMOLED touch display, a front camera, iPhone OS 4.0 with iChat, a Remote TouchControl feature and a glowing logo on the rear panel. There’s also a stand accompanying the device, called AluStand, also shown in the images below.

The very slim and evolved iPhone 4G comes with a rounded design and a very promising look, plus neat features. Great work, Antonio! 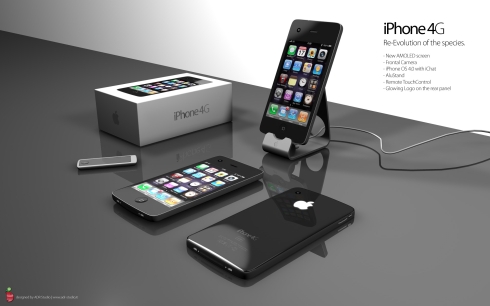 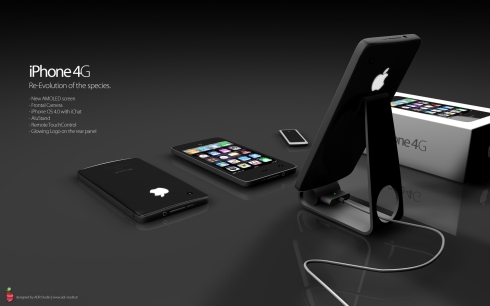 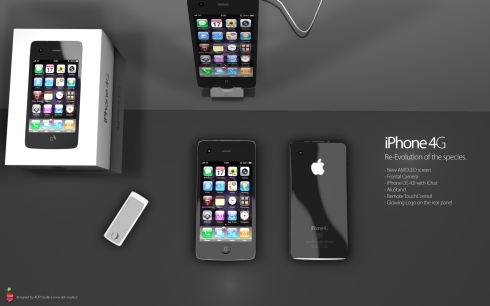 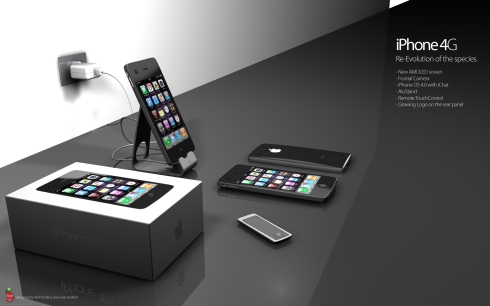