iPhone 5 Bracelet Looks Out of this World

How do you feel when there’s something resembling a bug or a spider attached to your hand and functioning like a phone? While it may sound creepy at first, this is what Federico Ciccarese proposes for his latest design: some sort of bracelet phone acting as the iPhone 5 of the moment. 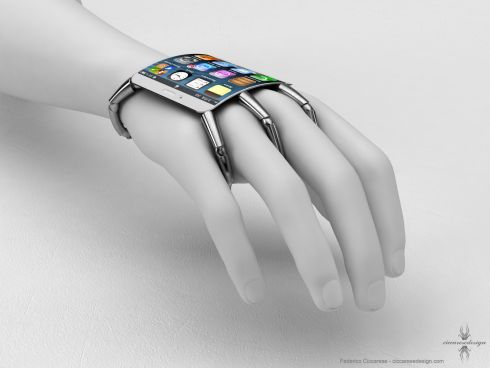 Since we have no specifications, allow me to speculate: for starters the metal legs that wrap around your hand shouldn’t heat easily and they should be light, maybe some sort of aluminium. Also, the screen would be flexible and very resilient, probably with a 3 inch diagonal or close to that and HD resolution. Inside there should be a dual core CPU, the A5X, enough for processing data on such a small device. There’s also a Facetime camera on board and a version of iOS 6.0 for smaller screens.

There’s also a phone feature as shown here and the brand new Apple Maps. The maps area has a 3D option and it looks very appealing on this iPhone 5 bracelet concept. From what I’ve seen so far online, this project has many haters. Open your minds people! Simply imagine if this were real how different the approach to normal phones would be. A couple of years ago the Google Glasses could have seemed silly, now everyone is going crazy about them. Why shouldn’t the Apple Bracelet make it big? 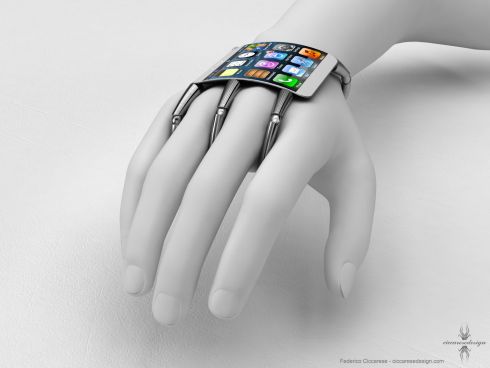 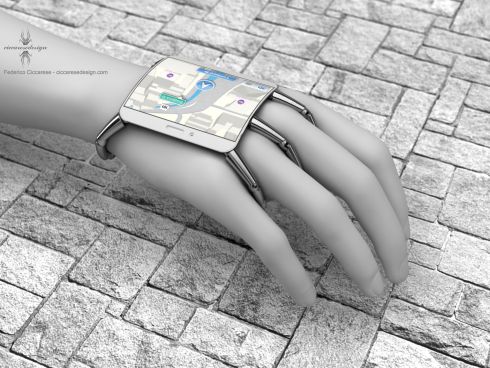 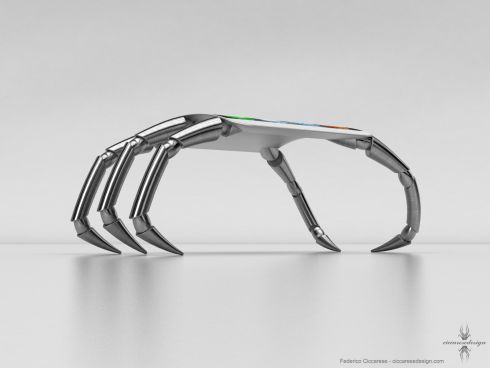 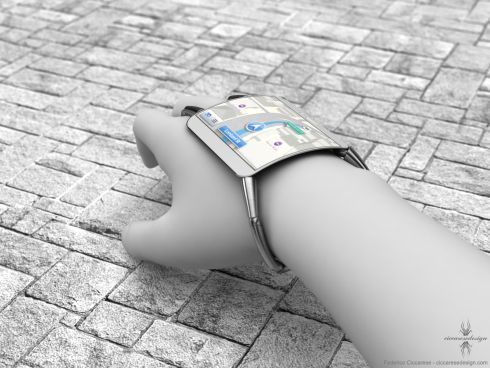