Today we have two stunning iPhone concepts to show you, both coming from the same source. I’m talking about the iPhone 6 and the iPhone Mini, pictured below and based on a true edge to edge display design. Actually such a design is not that different from the Sony concept I’ve shown you yesterday. 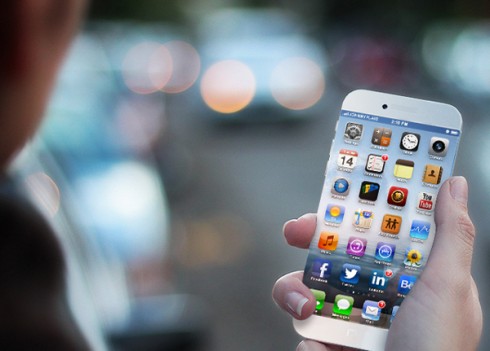 The case is also different, with an all new aluminum carbon fiber unibody enclosure. The combo between aluminum and carbon gives the iPhone 6 a 40% weight reduction from the iPhone 5 and a 60% strength increase. The device won’t shatter when it’s dropped and it will never dent. As speculated before, there will be no more Home button and iPhone 6 with iOS 8 will allow the user to rely on multi touch gesture, that will be done on the lower touch area of the handset. 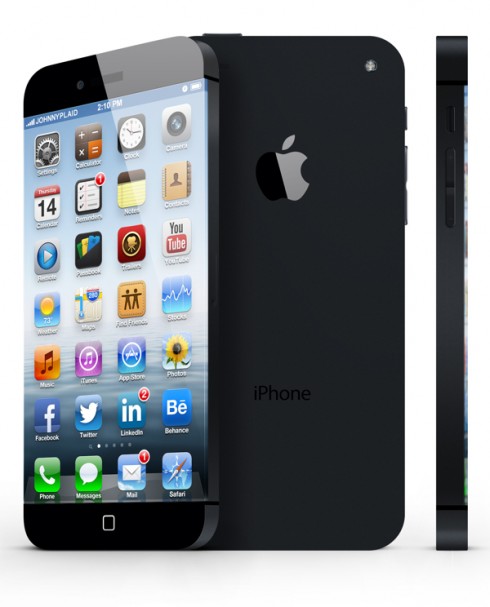 You will tap to go home, hold for Siri and double tap to multitask. HomePad gestures are 100% customizable and by the way you can hold the Home icon for 2 seconds to activate Siri. The new iPhone edge to edge measures 7.6 mm in thickness and weighs a crazy 67.2 grams. Its specs include two 2.8 GHz quad core Apple A7 processor, 4 GB of 1600 MHz memory, and a 2800 mAh battery. It will come in 128 and 256 GB versions and it packs a 4.5 inch Retina Display Widescreen edge to edge with a 754 x 1296 pixel resolution.

Upfront there’s an 8 megapixel camera for Facetime and at the back we’ve got a 20.2 Mp camera with 2K video capture and F/1.8-4.9 aperture. The camera even does RAW image capture. What do you think about this device and also what do you think of the iPhone Mini?