iPhone 6 Edge to Edge Render and a Smaller iPhone 6S

I’ve seen a lot of edge to edge display phones lately and an iPhone with this approach sounds really interesting. John Morrison imagined not only an iPhone 6 with such a screen, but also an iPhone 6S with a smaller diagonal size. 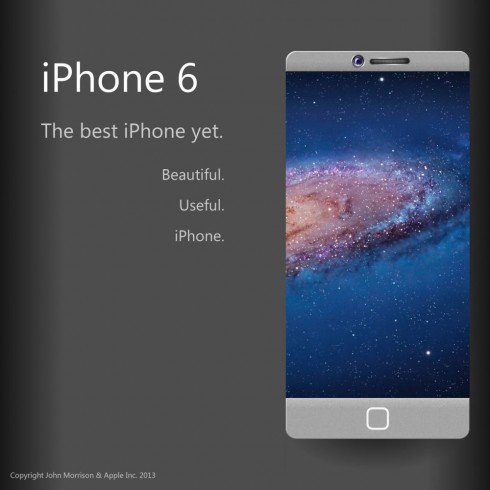 The body of the iPhone 6 is also changed a bit and it seems to be fully metallic now and packing a new set of buttons. The handset has a 1080p display and also relies on a new Home button, a square with rounded edges. The new Home button is sensitive to touch and it will glow red when the battery is low. It will also flash when you get a notification.

The camera at the back is still an 8 megapixel affair, but it’s able to do 60 FPS Full HD video. The iPhone 6S is the smaller version of the iPhone 6, as shown below. The diagonal of the main iPhone 6 is 4.8 inches, while the 6S measures 4.2 inches and supports a 840 x 1680 pixel resolution. Finally, the main handset comes with 64 GB of storage, while the smaller one gets 32 GB.