Jermaine Smit has rendered the iPhone 6s and not only that, but he also created a video showcasing the device’s features. He even added a convincing voice over, provided by Mikhael Jacob, that sometimes feels legit, other times ironic compared to the real Apple ads. 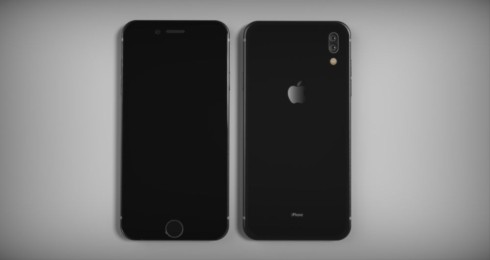 The iPhone 6s concept shown here has a 4.7 inch screen with smaller bezels, plus a stronger aluminum body. iOS 9 is also mentioned, but not shown and I noticed there’s a dual back camera and the two LED flashes have been molded into one common flash. There are a lot of adjectives in this video, making you forget the essence of the smartphone’s features.

So basically, the iPhone 6s only decreases the thickness of the screen edges, keeps the diagonal, maybe also the resolution and adds a new CPU, more RAM and a new camera. A dual camera would be a bit overkill for Apple, but a brand new 12 MP sensor would be a justified upgrade. The front camera should also be upgraded.

About Kelvin
Passionate about design, especially smartphones, gadgets and tablets. Blogging on this site since 2008 and discovering prototypes and trends before bigshot companies sometimes
Nike Phone Concept is All Tactile and Edge-Free, Sporty   Martin Hajek Redesigns the Star Trek Tricorder and Makes the Apple iCorder