Apple’s upcoming music service, supposedly dubbed iCloud might launch with a new iPod, if speculations are correct. In the meantime, Electricpig created a mockup of the next gen of iPod pictured below. There’s also a leaked reference to Apple’s new service found in the latest release of OS X Lion – “Castle”. 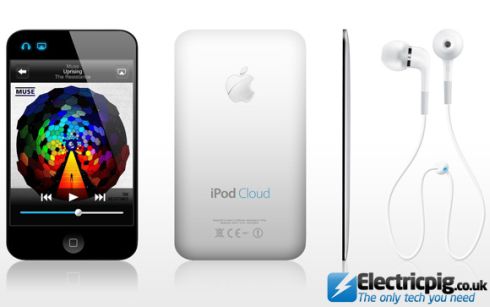 If Apple’s iCloud music streaming service will be called Castle or not we don’t know, but what we do know is that Apple has a gigantic data centre ready for this service. We’re talking over 500,000 square foot of servers, that will be used to store your music and make internal memory useless for the new iPod Cloud concept.

This means that the device gets a bigger battery, less memory and WiFi/3G connectivity. The dock connector could also be lost in the process, so we may rely on AirPlay to connect with external speakers. Wireless charging is another function of the new iPod, as it lays on a charging dish that’s probably based on induction.

Would you buy this streaming based media player? 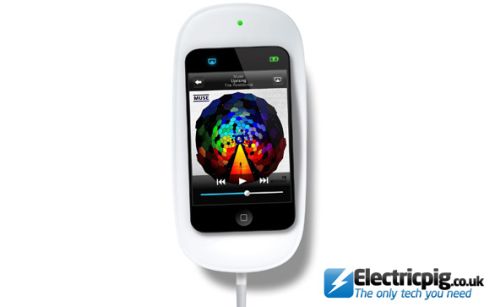 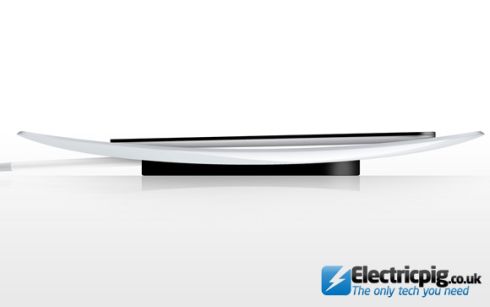