The mother of all hybrids was imaged by the guys of Techradar: a combo between the Samsung Galaxy S III and the iPhone 5. The result looks like the handset pictured below and also shown in a more detailed way in the video after the break. 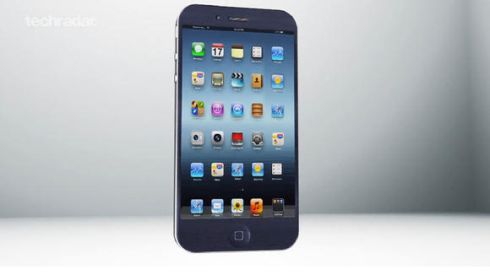 Samsung and Apple may be suing each other every time they get the chance, but they’re still working together and the rumors say that the new iPhone CPU will actually be made by Samsung. Thus, the idea of the iSung Galaxy 5 concept is not that incredible, it’s just… impossible. As you can see the back of this Samsung Apple concept phone is borrowed from the iPhone 5, while the front is a Pebble Blue facade with Galaxy S III elements and some iPhone design feats as well.

About 70% of the device is all iPhone, but there are some subtle Samsung elements as well. The iPhone part could borrow the very fast camera mechanism here, some NFC, maybe the battery and certainly the design, one of the most criticized aspects of the Samsung Galaxy S III. My only trouble here is that the iSung Galaxy 5 is a bit too big and bulky for my taste… and it runs iOS, not Android. Well, at least it has a microSD card slot, much to Apple’s anger.