Created by Mark Bell, this iWatch render changes the game, because it adopts a round screen and a high resolution panel. Ran Avni created a video of the Apple Watch, that’s shown below and apparently it also comes with iOS 8. 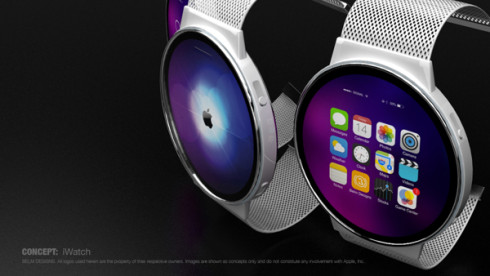 The watchband of the iWatch concept was made from a stretchable rubber nylon mix with micro perforations for maximum breathability. The standard clasp has been replaced and the watch relies on an unibody design. The body is “pressed from a single titanium disk into shape”, according to Mark Bell and it’s also CNC milled afterwards. 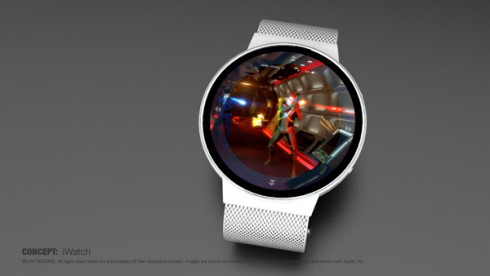 At the front of the smartwatch we find a circular touchscreen with Retina resolution and a diagonal that I can speculate to be around 2 inches or maybe even a bit more. The device has 4G connectivity, Bluetooth, a dual core CPU and supports multitasking. It has iOS 8 and chamfered edges, as well as titanium and chrome accents.

About Kelvin
Passionate about design, especially smartphones, gadgets and tablets. Blogging on this site since 2008 and discovering prototypes and trends before bigshot companies sometimes
Samsung Galaxy Note Book is a Foldable Tablet/Smartphone (Video)   HTC Six Rendered by Giorgi Tedoradze and Bringing Back Some of the WP8 Styling