If you’ve been living under a rock over the past week, you might not be familiar with the fact that an Apple employee, named Gray Powell. He had a couple of beers in the Gourmet Haus Staudt pub, in Redwood City and forgot his iPhone 4G prototype in the bar. The unit was found by a mystery person, hidden inside an iPhone 3GS case and handed over to Gizmodo, for $5000. 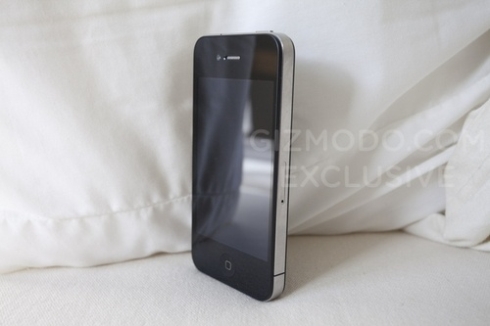 What followed is the logical tear down of the device, plus its analysis and tons of photos and videos shown by Gizmodo. Next, came a letter from Apple, requesting the unit back. What you should know about the real iPhone 4G prototype is that it comes with a flattened design, looking very much like some previous iPhone concepts you’ve seen on our site.

Also, the supposed iPhone HD comes with a front-facing videochat camera, an improved camera at the back (it has a bigger lens than the one on the 3GS), a camera flash, a micro SIM slot and an improved display. The latter is a tad smaller, but apparently its resolution is better, although this has yet to be proved. 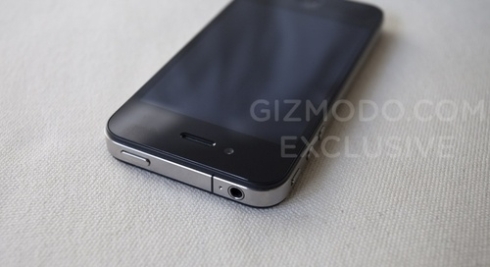 The phone ran iPhone OS 4.0, but somehow, Apple managed to remotely kill the unit, after finding out that it has leaked. We also have to mention that the iPhone 4G prototype features a secondary mic for noise cancellation, placed at the top, next to the headphone jack. The volume buttons are now split and they, together with the power and mute buttons are all metallic.

The back of the handset is entirely flat, as you can see and we’re guessing it’s made of glass/ceramic or maybe shiny plastic, in order to allow the signal to get the max reception. There’s an aluminum border going around the outside of the phone and we have to mention that the unit is 3 grams heavier and its battery is 16% larger than the one of the 3GS. 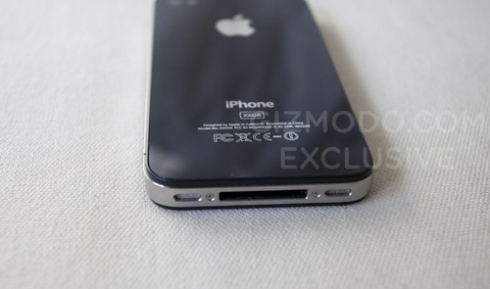 Gizmodo’s dissection of the handset showed that the battery takes about 50% of the entire case space and the components inside are very tiny and fit perfectly in their place, so there’s no room for extras. No info on the processor or the main board, as it was sealed by Apple and tearing that part open would have damaged the handset.

Don’t forget to have a look at the video at the end of the article, in order to see the handset live and find out some of its features. What would you have done differently, as far as the design of the prototype is concerned? 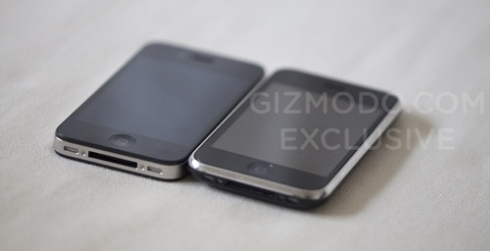 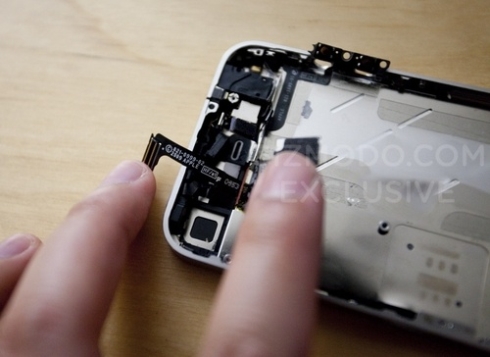 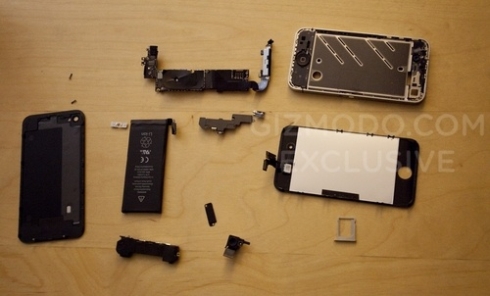 [via Gizmodo and GSM Dome]