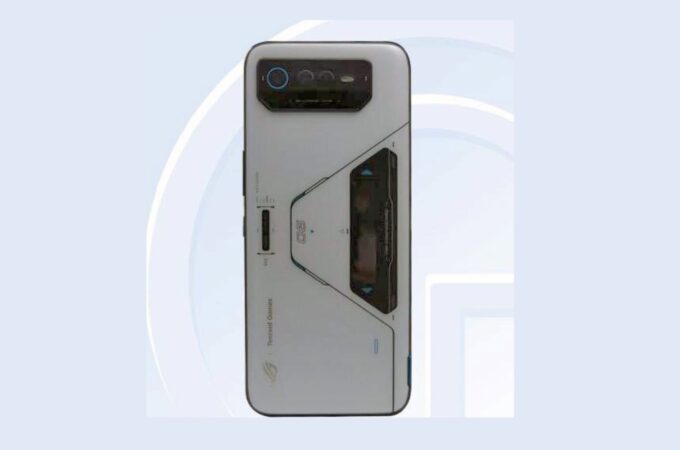 ASUS ROG Phone 6 is the next big gaming phone to pay attention to and the device has just leaked online. Well, it’s also helped by the fact that the device got a certification from TENAA. Apparently, not many things will change, as the dimensions stay the same. However, the weight will be lower.

Also, we’re bound to receive some splash and water resilience. ASUS ROG Phone 6 is going to be a series of devices actually, including a regular, Pro and Ultimate model. One of them is codenamed ASUS_AI2201_B and it has been certified by TENAA. They have confirmed some of the specs and also the measurements: 172.8 x 77.3 x 10.4 mm. The device weighs 229 grams, while the 5 series models weighed 238 grams.

We should see a 6.78 inch AMOLED screen here, with a 165 Hz refresh rate already teased. There should also be a 6000 mAh battery split into two cells, offering fast charging at 65W. The retail package for China will include a charger, USB cable and protective case. Of course, as you know, this is one of the first phones to feature the Qualcomm Snapdragon 8+ Gen 1 processor and we should also get up to 18 GB of RAM here and 512 GB of storage according to TENAA.

The main camera will have a 64 MP resolution and I’m also quite shocked to see a mention of 5X optical zoom in the official teasers and leaks. The biggest design change is at the back, where the camera island is better highlighted. The ultrawide camera has a blue accent and we also get a second screen at the back, much like the ASUS ROG Phone 5 Ultimate offered. As we approach the debut, on July 5th, we expect to learn more info about the product.

About Kelvin
Passionate about design, especially smartphones, gadgets and tablets. Blogging on this site since 2008 and discovering prototypes and trends before bigshot companies sometimes
Why are Japanese online casinos so popular?   Don’t Let World Cup Updates Pass You: Here are Tips for Buying a New Smartphone