This mystery concept phone I’ve spotted on Flickr was created by kichu overclocked and it seems to be an AMD handset. Athfone’s keypad is no news to me, neither is its form factor, but the video features seem to be pretty good. At least that’s what I can say by having a glance at the handset’s display. 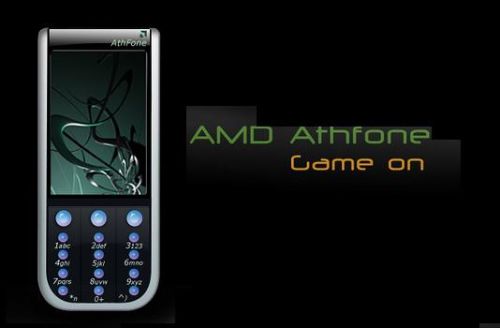 AMD Athfone was created, according to its designer with the aid of Adobe Photoshop CS2, by using vectoring. That “Game on” motto might as well be the device’s purpose, but with such an input mechanism, who would play games on this handset?