The BlackBerry Porsche Design P’9983 was launched last fall, so it may be time for an upgrade. Till it actually gets launched, we can dream of it as a concept, courtesy of the render created by Raffi G and shown below. 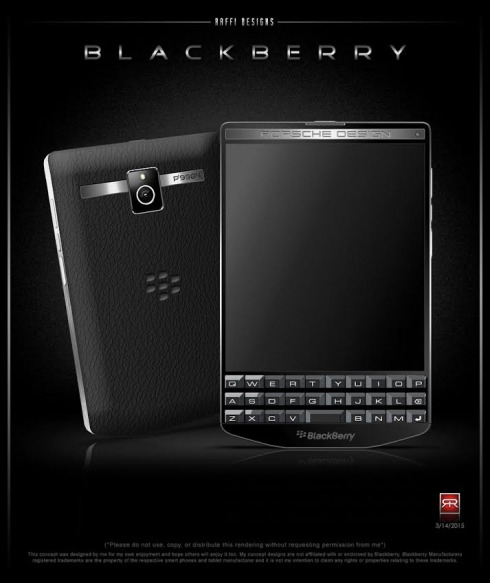 This model is aptly dubbed BlackBerry Porsche Design P’9984 and comes with a wider format than the predecessor. The designer didn’t mention any specs, so it’s up to us to speculate. I see that the back features a leather-like texture, while the front hosts a screen with a small bezel and a QWERTY keyboard, that may feel a bit cramped. The same strange rounded and at the same time angular lower area is kept. 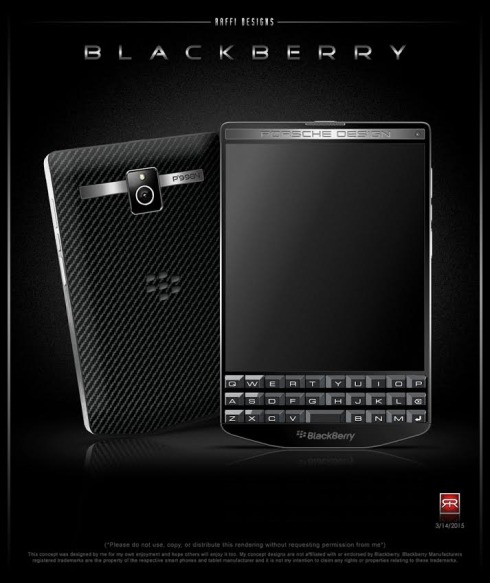 Just like the predecessor, below the earpiece rests a big metal plate with the words “Porsche Design” clearly etched. Seeing how the 2014 model was 10.6 mm thick, I expect the newcomer to be less bulky, maybe somewhere at 8.9 mm or so. The screen may now be bigger than the 3.1 incher 720p unit of the P’9983, so let’s say 3.5 or 3.7 inches this time, although the resolution may be the same.

The predecessor had the camera in the corner, while this model puts it in the center, like on the Passport. What do you make of this design and what do you think of the inclusion of a watch near it? 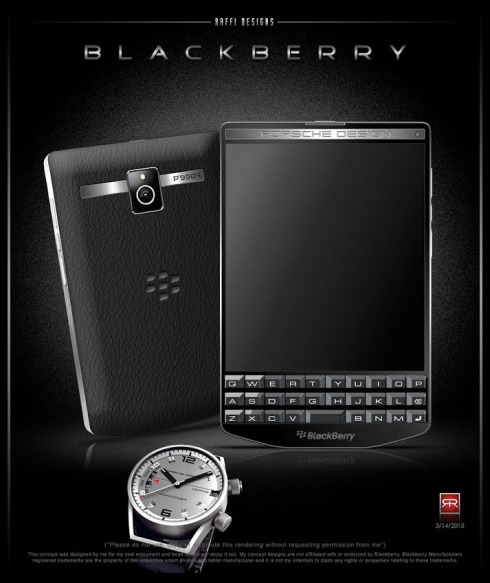 About Kelvin
Passionate about design, especially smartphones, gadgets and tablets. Blogging on this site since 2008 and discovering prototypes and trends before bigshot companies sometimes
Nexus 5 2015 Concept is What the Nexus 6 Should Have Been: … a PHONE   Nokia 1100 is Back, Courtesy of a Fresh Jermaine Smit Render (Video)