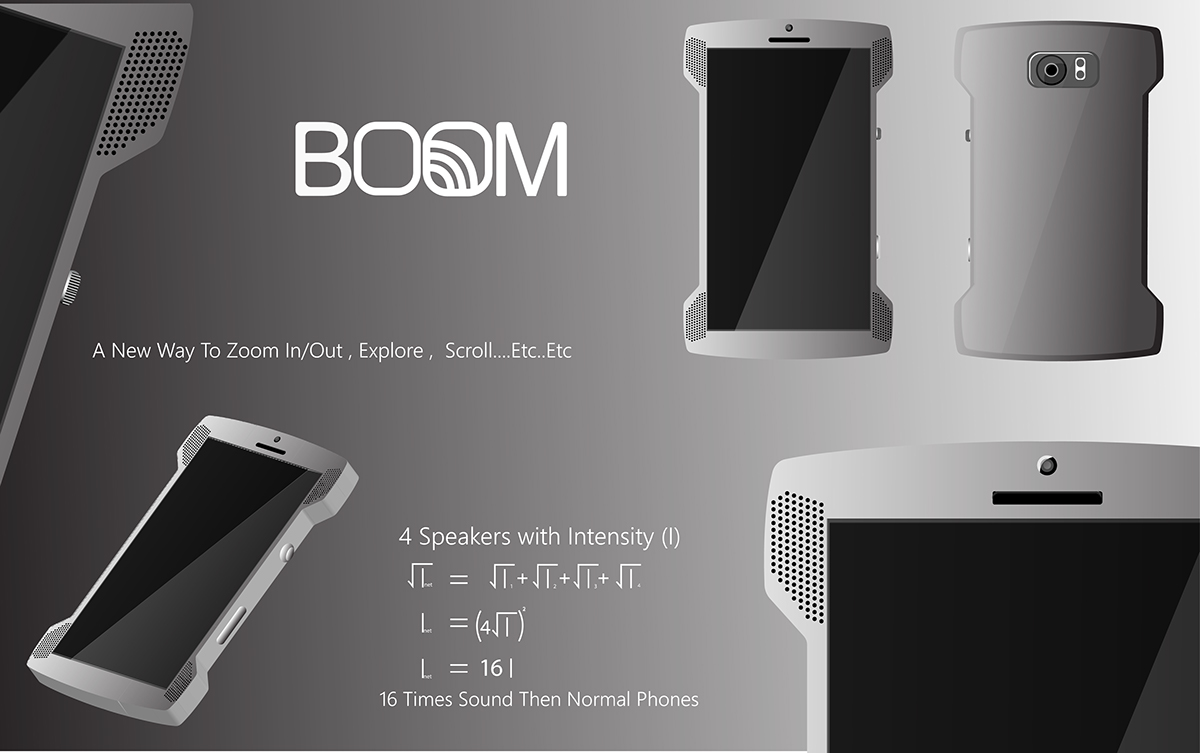 Today we have come across a concept phone that while it doesn’t look hot, like a Galaxy S7 Edge, it’s quite original. It’s shaped like some sort of flying car or hovercraft and it’s meant for audiophiles. Its name is simply Boom. 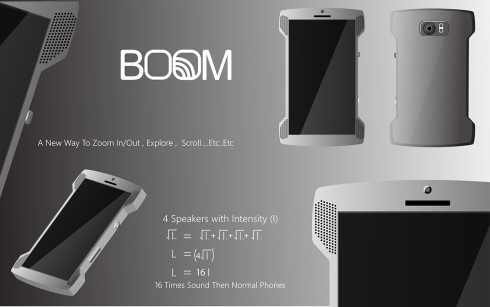 Just like the iPad Pro models, the handset packs quad speakers, one for each corner and a special rotating crown button (or two), that feels like it’s taken from a watch. The maker of the phone (designer Saksham Mahajan) promises here 16 times the sound intensity compared to “normal” phones. The chassis seems quite massive and believe it or not, such a design actually exists.

The exact same format, albeit larger was applied to the Acer Predator 8 gaming tablet. Since I played with one recently, I must say that the problem is that the angular design feels very sharp and unpleasant to your hands, sometimes even leaving marks.

About Kelvin
Passionate about design, especially smartphones, gadgets and tablets. Blogging on this site since 2008 and discovering prototypes and trends before bigshot companies sometimes
Martin Hajek Renders New MacBook Pro 2016 Edition Concept   Apple iPhone Vision Next is the Ideal Smartphone for People Who Don’t Like Phablets (Video)