EKRAN is a concept smartphone created by Pawel Dworczyk, who seems to go in a similar direction as Sharp. That firm is famous for its ultra narrow bezel Aquos phones and the EKRAN is not very far from that idea, either.

The screen goes all the way to the edge and there’s no visible edge per se here. In spite of this approach, there’s no sacrifice in functionality. The EKRAN comes with good specs, including a 13 megapixel front camera, a 30 megapixel back shooter with 4K video capture and stereo speakers. There’s biometric authentication here a gesture sensor and a camera UI that involves semicircles with special options just like in the Lumia camera UI. 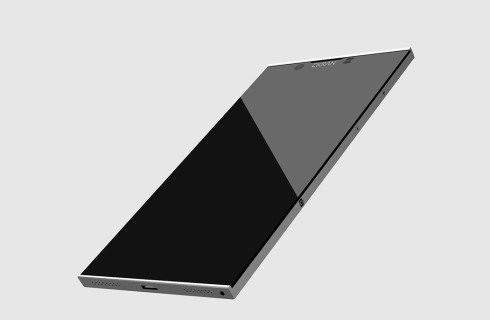 This model’s design feels like a Surface Phone mated with a Panasonic Eluga. I see that the camera button and volume buttons are shown as touch areas on the side and the full screen looks quite spectacular during video viewing. Seeing how Sharp did it, the next gen EKRAN may as well give up the upper bezel too and put the front camera at the bottom… Also the earpiece can be integrated within the screen. 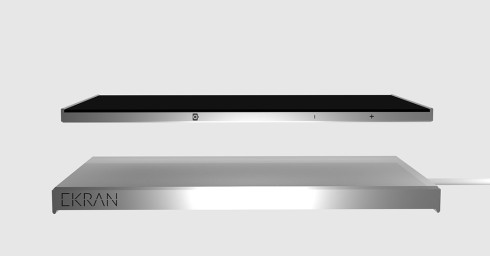 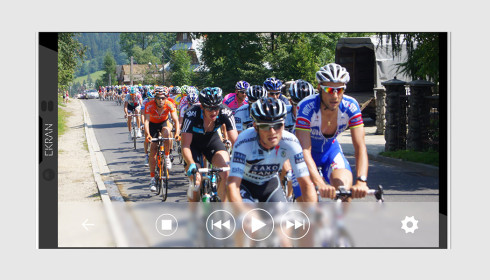 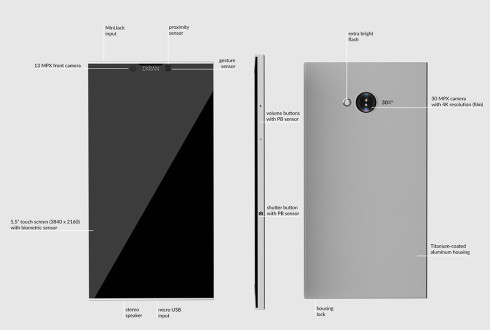 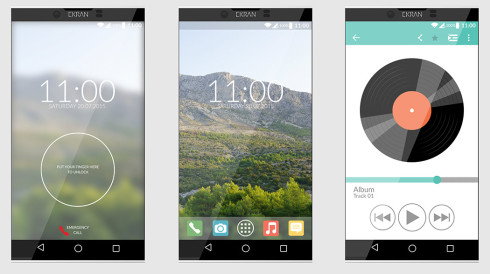 About Kelvin
Passionate about design, especially smartphones, gadgets and tablets. Blogging on this site since 2008 and discovering prototypes and trends before bigshot companies sometimes
Hass. T Designs His Own Concept Phone and OS: Vision VM 5.1 Fuji   Commodore PET is a Retro Gaming Smartphone With Preinstalled Emulators