KDDI Gem Phone Looks Like a Piece of Kryptonite, Only Black

Talk about strange designs… KDDI revealed one of its concept phones, known as Gem, that looks like it was made from black crystal with the sole purpose of cutting everything it touches with its sharp edges. Japanese designer Takumi Ota created this concept, that uses solar panels for charging and incorporates a pretty cool touch display.

We don’t have any details or specs for this phone, but, as you can see in the image below, Gem seems to be a modular handset, capable of splitting into parts and coming back together as one.

Placing part of the buttons on the hinge is a strange choice, but if you can detach that section it’s all OK, after all. 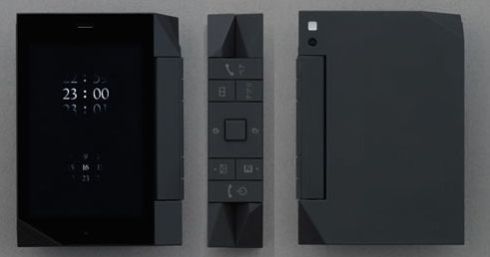