Jay Hyun Kim imagined a device that already exists in the modern world: a laptop-tablet concept. We already have convertible tablets, like those made by Lenovo, sporting the same idea: a rotating display that comes on top of the keyboard and turns the laptop into a slate. This time, the designer takes the idea further and imagines a laptop that rather looks like an ultrabook with this rotating screen feature. 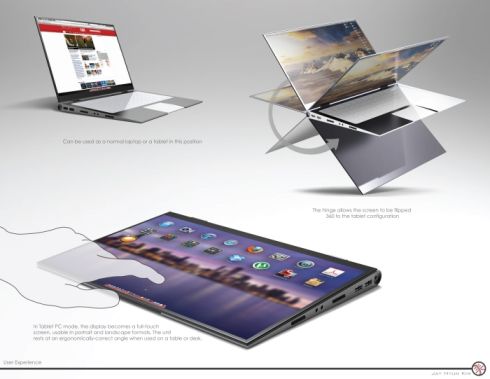 Another thing worth noticing is the touchscreen keyboard the device has at the top of that touchpad area. You can flip this laptop over 360 degrees and turn it into a tablet, if you want to. The device’s ultrabook-ish looks stem from that sloped form factor that I’ve seen in the ASUS Zenbook series, for example. On one side of the laptop tablet concept we have the power port, USB ports, audio jack, volume buttons and a button that turns the device from laptop to tablet and viceversa.

There also seems to be a stylus in the mix and we get OLED lights under the touchpad to visualize each use mode. From what I can see here this looks like a regular a Mac OS machine and takes advantage of the sloped design for a better viewing angle, that reminds me of the Sony Tablet S, honestly. What do you think? What would be the price for this beauty? 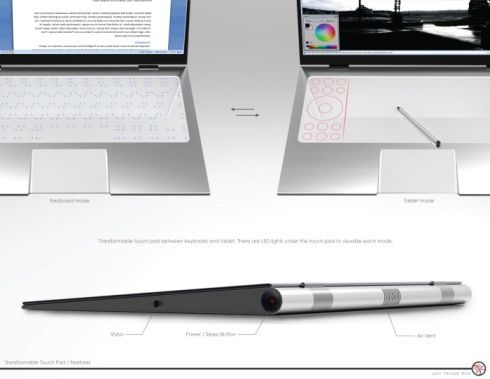 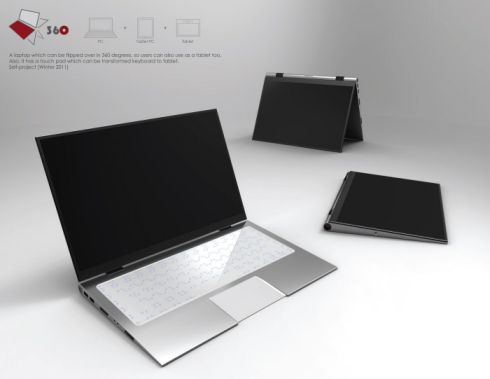 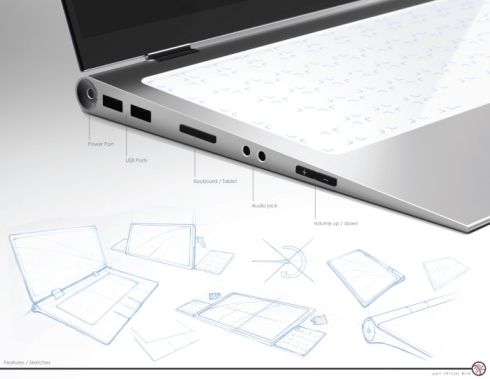