Everyone is talking about the OnePlus One handset, that’s priced at $300 and comes from a young and hopefuly Chinese company. Designer Nikolai Prettner dares to look into the future and imagines the way the OnePlus Two will look like, the follow-up to the OnePlus One. 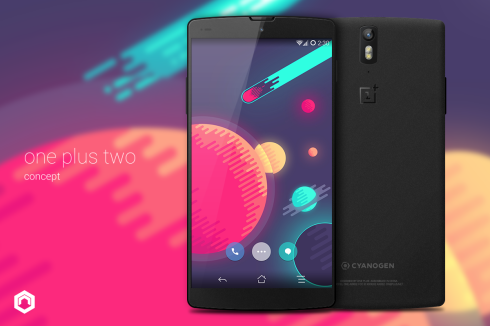 This new model has a slight Nexus 5 vibe to it and it has minimalistic camera design, like its predecessor. It still runs CyanogenMod, but with a flashier interface and seems less rounded than its predecessor. We’ve got virtual Android buttons on the screen and a material that looks like the soft touch stuff from the Nexus 5 is used for the case of this model. The designer claims that regarding the OnePlus One, he dislikes the front design and it looks outdated to him.

He’s also bothered by the capacitive buttons below the display and replaced them with virtual ones. The screen bezel of the OnePlus Two is minimal, as seen here and overall this is a phone that at $300 I’d buy in a heart beat. How about you?

About Kelvin
Passionate about design, especially smartphones, gadgets and tablets. Blogging on this site since 2008 and discovering prototypes and trends before bigshot companies sometimes
HTC One Prime – One that revolves around you – A Teaser   Samsung Galaxy S6 New Render Features a Projector Upfront