PS3 Wand Controller Challenges the Wii to a Duel

We know that this isn’t a concept phone, but we sometimes stop and check out some other portable gadgets, specially from the gaming universe. This time, we’re having a look at Miguel Duarte’s PS3 wand concept controller, available in the image below.

This motion controller is based on Sony’s Magic Wand joystick, that comes with double wands, plus an adapter and strap. You can attach one Wand to another, in order to mimic the look of a real controller and play regular games.

However, in case the title you’re playing requires lots of hand movement, there’s always the option of simulating real time movements by using the wand, held by the strap. Great concept and surely a rival for the Wiimotes, right? 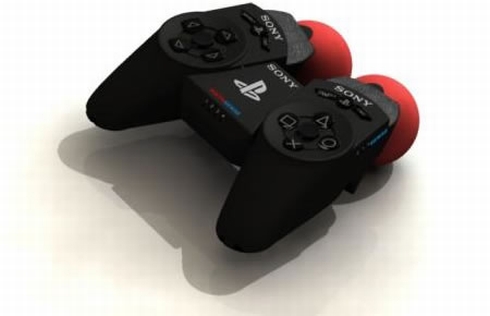 About Thrystan
E’llipse Traveler is a Smart Watch, Uses Widgets   RotariPhone… is Not a Phone, Still a Concept