Synaptics Fuse Concept is All About Touchphone Interaction

Synaptics is famous for its Onyx concept phone, shown to the world back in 2006, but now they’re back with yet another cool design. This time, we’re dealing with a touchphone dubbed Fuse, a device that provides new means of interaction. 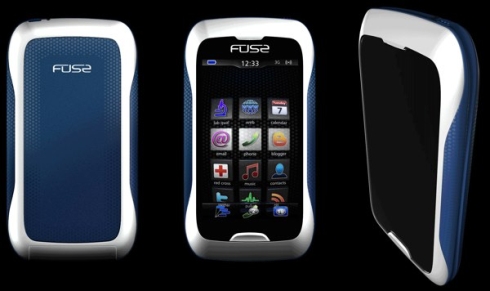 Fuse uses technologies from important companies like Texas Instruments, TAT, Alloy and Immersion. The user interacts with the handset via squeeze, tilt and haptic input, making this the perfect device for one-handed use and no-look operation. We also have to mention that Synaptics’ Fuse incorporates a new generation touchscreen display.

A 3 axis accelerometer is also on board, as well as a touchpad (at the back) and a TI OMAP 3630 processor, that provides enough power to run the TAT Cascades 3D UI Engine.