The idea of a transforming PC is not new, but there’s room for remaking it. Designer Jongha Lee tried to change the concept and imagined the Apollon Tablet PC. This device can be used as a slate and it can turn into a 15 inch desktop display. 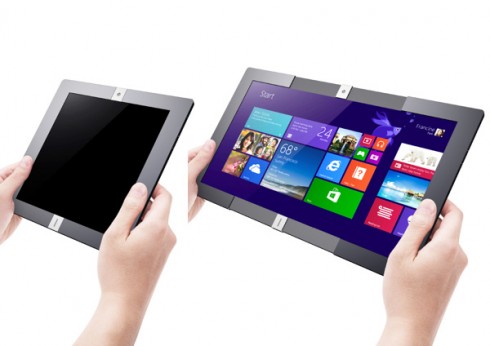 It’s got a 16:9 ratio screen and the Apollon has a big advantage: it uses dual OS. It’s got Windows for wide mode, for heavier programs and Android for casual usage, like web browsing. The dock involved with the Apollon includes an extra CPU, memory, VGA and SATA SSD, that boosts the performance of the tablet.

The tablet can be connected to the dock via WiFi Direct and the interesting thing is that this is a flexible display we’re playing with. It’s wound around with two rollers at each end. This hybrid PC can be used as both a slate and a PC, when it’s docked. ASUS and Samsung already have devices like these. Will this become mainstream?