Wise Pad Tablet is Actually Innovative Through an Accessory

Usually it’s a pain to use tablets to make phone calls and take pictures, but the Wise Pad solves both these problems in a way detailed below. Notice that black elongated area along the back of the tablet? Well, that’s actually an entirely different device.

You can actually remove it from the slate to take a picture or make a call. Before you used to take pics by holding the tablet with both hands, but now you’re rid of that. The device obviously stays connected to the tablet, probably via Bluetooth and its battery is also fueled up by the same slate.

The device looks like a bigger keychain and it has a small touch display to show phone call numbers, a rubber circle at one edge, a flash and camera at the back and a small receiver. The interesting bit here is the way it attaches to the tablet: magnets, screws, or simply a slot to fill? 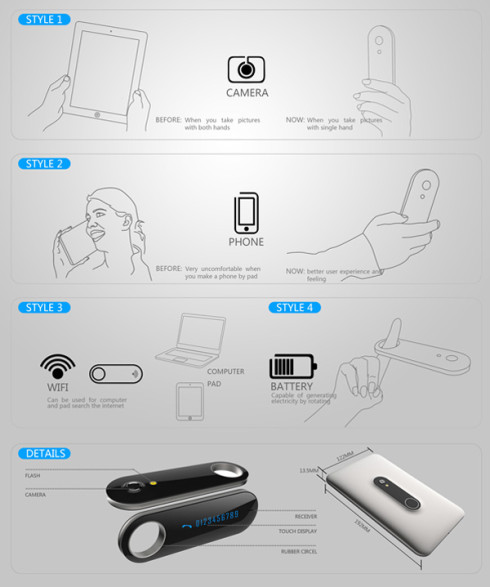