Naveen Kumarasinghe reimagines the Ubuntu Touch phone concept, in a brand new vision shown below. He focuses his vision on transparency, at least in the case of the interface, that is inspired by the Unity Dash. 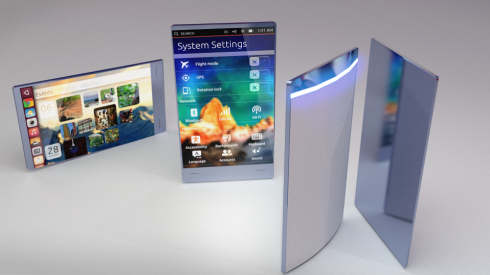 The designer also praises the interface of Jolla, that had him thinking about the things needing a change on Ubuntu Touch. As far as the device goes, in spite of the fact it looks so sci fi, you may end up with an affordable handset in the end. This slab of metal (or so it looks), has an edge to edge screen that I’m guessing is no bigger than 4 inches and probably has a 720p resolution or so.

I can’t seem to spot any back camera here, but what I do see is a pretty reflective back. The real concept here is the UI that the render brings us, not the device itself. Ubuntu Touch has a long way to go before it becomes popular and transparency may be the one to make it mainstream at last…

About Kelvin
Passionate about design, especially smartphones, gadgets and tablets. Blogging on this site since 2008 and discovering prototypes and trends before bigshot companies sometimes
iWatch Render Goes the Way of the Nike FuelBand   Wise Pad Tablet is Actually Innovative Through an Accessory