Bamboo Phone, Most Eco-Friendly Device Ever

Last time I saw a phone that had anything to do with bamboo, I was checking out the Chute concept phone designed by Michael Laut. However, Gert-Jan van Breugel‘s concept is far greener that any other device we’ve seen. It’s so green that it even becomes a plant once it’s disintegrated, as it includes bamboo seeds that can grow roots, once the handset’s case is buried. 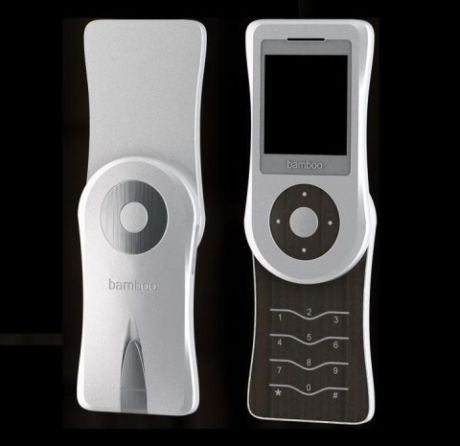 The case of the Bamboo Phone is made out of bio-plastic and bamboo, keeping it really environmentally friendly. It relies on muscle power that provides it with electricity with the aid of a cranking charger. 3 minutes of cranking equals enough power for a call, plus the device’s display is monochrome and doesn’t eat much battery power.

A couple of statistics from the designer’s site show how we’re saving the planet by using this phone and they’re pretty convincing if you ask me. Too bad that the percentage of such phones is low, comparing to the rest, but at least Nokia’s going green too with the Remade phone.