This concept is, in fact an entire “green” initiative that comes from LINC, a company that’s saving the planet with the aid of recycling and phone leasing. Instead of buying a phone, using it and throwing it away, you’ll be able to lease LINC’s devices, use them for a year and get brand new handsets by sending the old ones in for recycling. 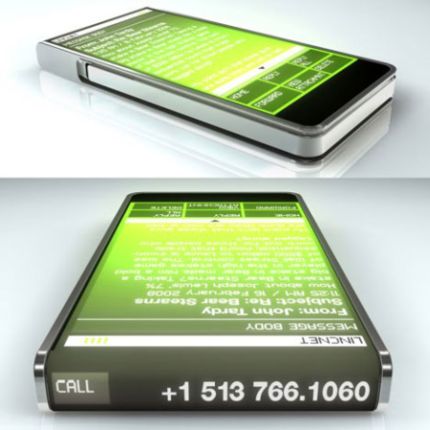 What’s neat about this system is that you’ll be able to keep your personal information and data stored on the phone, by transferring them on the new device. Everything, from the contacts, to your favourite songs and memos will be there. The old phone you’ll send LINC will have its parts used for recycling in order to make new phones. Sounds like a great idea, doesn’t it? Hope it goes beyond the concept status.